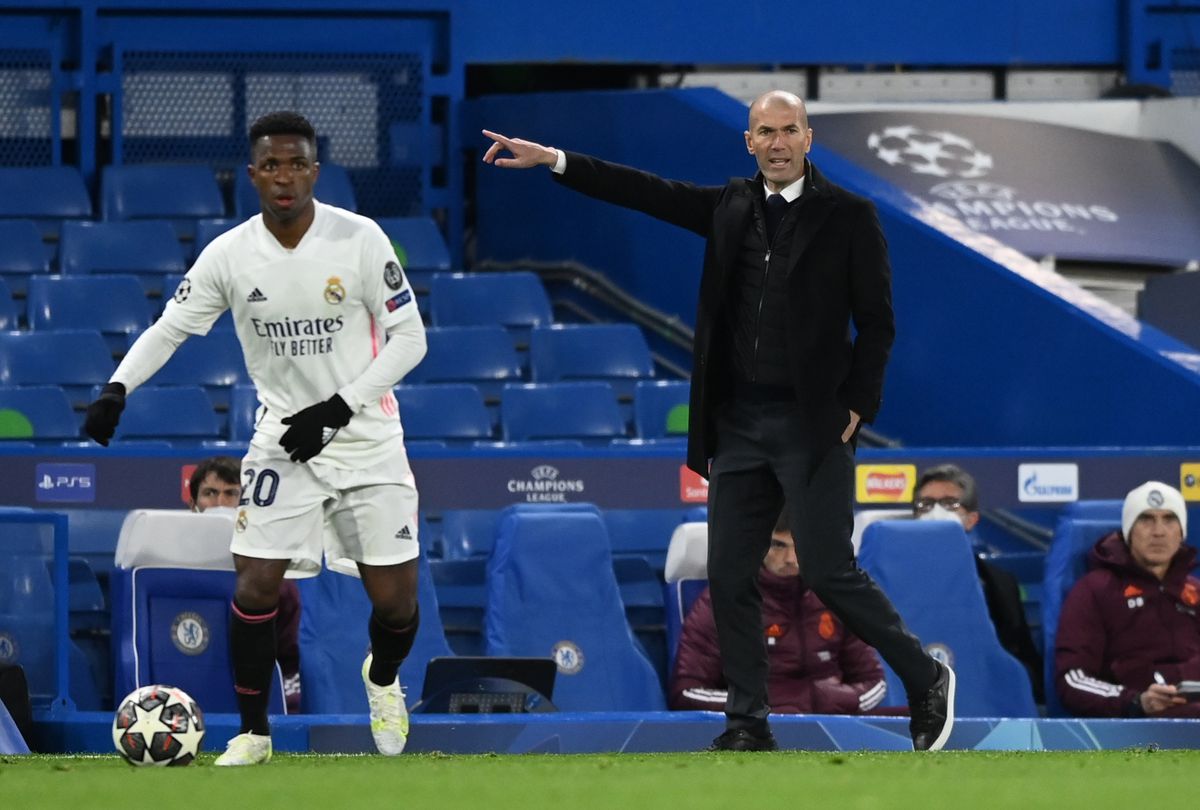 Real Madrid were, for the moment, without their seventeenth European Cup final. As a semi-finalist it seems that he has been close to Istanbul, but in terms of football he has stayed quite far from the prize. And more when compared to the two real finalists: Chelsea and Manchester City.

The immediacy of the return to the league and the consolation of being able to win a weight title, possibly, will prevent Zidane from mentally flagellating himself more than necessary about his tactical approach at Stamford Bridge. Also about the choice of players at such a decisive moment. But surely you will have time to remember something that you know perfectly well, that in football the most common is usually the most recommended. And if not, ask Tuchel and Guardiola.

Driven by fate, the French coach had been juggling all season when it came to making the lineups and drawings. He entertained himself so much on the way, he lost so many points in the first stage of the season that the moment came when he couldn’t lose any more. End after end. In the League and in the group stage of the Champions League. To survive he threw as much of the best as he could (Varane, Casemiro, Kroos, Modric, Benzema…) or, in many cases, simply of those he had available and the long-term consequences have been lethal.

Nothing Tuchel invented for these semifinals. He stuck to his tactical pattern (3-4-2-1), his basic concepts, and put them into practice. Not an experiment. A direct team that populates the midfield and moves like an accordion. Press and fold. On the outside it threatens the sides. Inside it kills you with the half points (Mount, Pulisic, Havertz …) and the arrival of the undetectable Kanté. He does not pose a reference striker as such. He is committed to arriving without being there and although he fails many of his appointments with the goal, he arrives so much that he gives him to get into a Champions League final.

Not very different is the case of Guardiola. In the two games against PSG, you test the fair. At most, some adjustments. A deep winger (Zinchenko) for a more control winger (Cancello) and everything else as always. Also without a clear reference, but with four de ‘facto’: Mahrez, Bernardo Silva, De Bruyne and Foden. The pure forwards, on the bench. With the final guaranteed to enter suddenly (Agüero, Gabriel Jesús and Sterling). Power is called the figure.

A team without strident, which presses high with six and at 20 seconds it retreats in block with all its troops behind the ball waiting for the next stampede. A team that lives by passing passes, but qualifies for the final with a precise 50-meter long ball from the goalkeeper that knocks out half the rival team and with a beautiful counterattack action.

Nothing like this tactical and football simplicity with Madrid from Stamford Bridge. A gibberish for blackboard scholars. Of the three centrals, one, Militao, joined Sergio Ramos, while the other, Nacho, moved away to stick to the lime as a normal side. Kroos, interior theorist and channel of the offensive game, extremely delayed, between Ramos and Nacho, almost like a central quarter.

One winger, Vinicius, a long-distance winger on the opposite side to the one he has been playing since he arrived at Madrid. A side, Mendy, of pure extreme. Hazard, on the inside, as a second striker, so he didn’t have to work defensively on the flanks. In short: a very strange occupation of spaces; players out of their usual position and an imbalance in both the defensive and offensive balance that was especially portrayed in the large estate between the two midfielders (Casemiro and Modric) and the two most advanced players (Benzema and Hazard). A space that is already known internationally: Kanté territory.