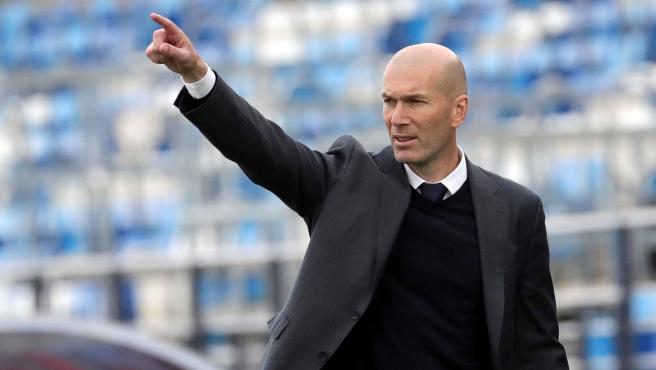 For the third time in his life and the second time as a coach, Zinedine Zidane has resigned with a current contract with Real Madrid. The rupture has been unilateral, as the club’s own statement explicitly states: “Real Madrid CF communicates that Zinedine Zidane has decided to terminate his current stage as coach of our club “.

The chosen words are not accidental.

‘Zizou’ is leaving as a legend, even more than he already was. One title every 23 games, for a total of 11 new trophies in the immense Real Madrid museum. This 2020/21, strange for everyone but especially cruel to whites due to injuries, is the only course of the last eleven in which no new cup has been lifted.

That does not tarnish a career of Zidane that, on its own merits, has been outstanding at least. Few doubt to qualify him as the best coach in the history of Real Madrid.

Everything that Zidane has given to Real Madrid has allowed him control the times as you wanted. In fact, he has not counted on the opinion of Florentino Pérez, who was no stranger to the criticism that the French coach has received throughout this season. Zidane has done and undone, and he hasn’t even waited a week to pack his bags since the season ended.

Real Madrid only managed to stop him in his intention to announce his departure after the game with Villarreal, but it was precisely during the night of glory of the Castellón team in Europe when his farewell was leaked. It goes so burned that his character had even soured in the press conferences, usually calm and almost smiling.

The ‘runrun’ that he could dismiss Zidane was present especially in the critical months from January to March: the ‘Alcoyonazo’ of Copa, the slight slight downturn, the doubts with which the Atalanta… Zidane had already been burned for a long time and hearing and reading in the press that they could give him a settlement with a thank you letter was not pleasant for him.

That is why Zidane changed the speech. Soon questions about its continuity derived from “I have a contract and I am calm” to the “in the future we will see”. He has always had the upper hand: he could choose to resign or he could choose to stay, since Florentino was, in any case, reluctant to kick out a club legend who has reached the Champions semi-finals and fought by LaLiga until the last match.

The white president was counting on Zidane to give him a little more leeway. Josep Pedrerol, a journalist very close to Florentino and with a direct line to his office, advanced that he even planned meet in a week with the coach and with Sergio Ramos to discuss the future of both, especially that of the still captain, whose fate is yet to be decided.

Florentino Pérez now has to speed up his pace to look for him a substitute for Zidane. Planning for the next season, which will start with a deep clean of the locker room (Ramos, Marcelo, Isco, Asensio, Mariano, Bale … and those who can still line the starting door) requires a technician prepared for the challenge, and the rush is not good.