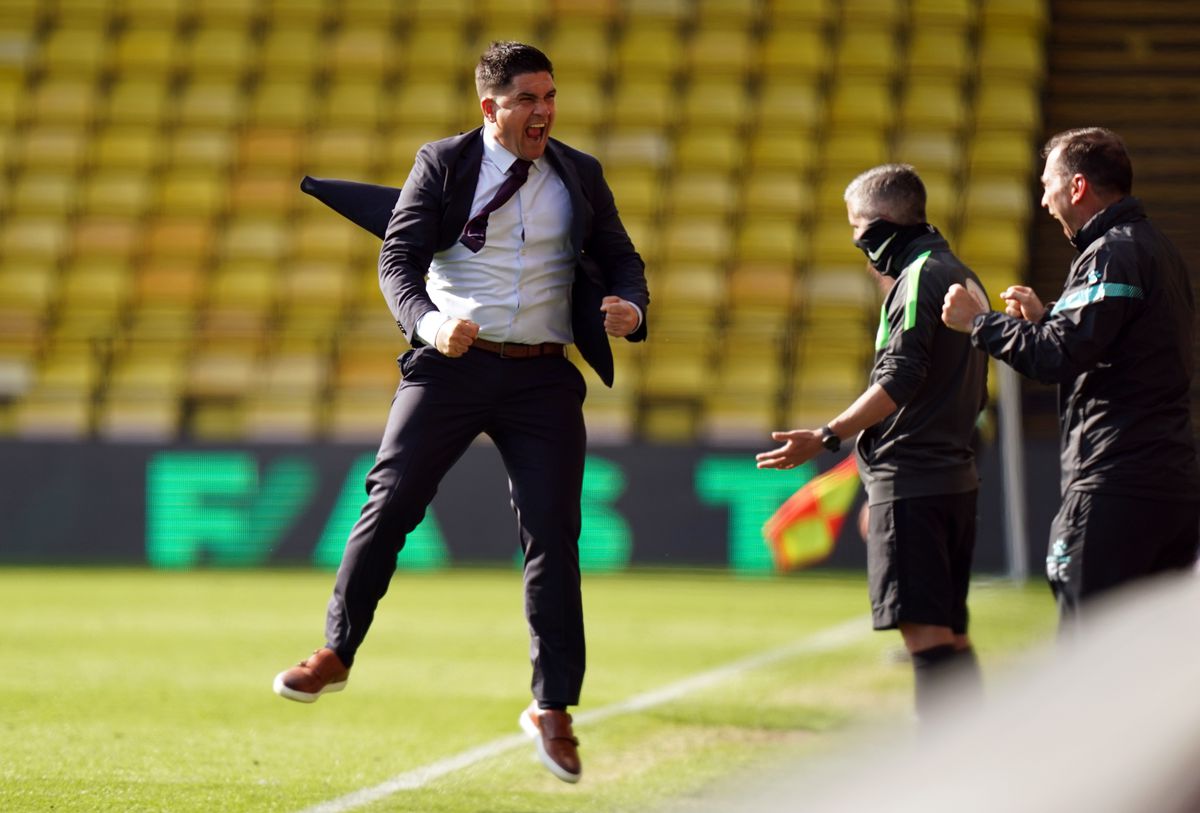 Born in Manacor in 1980, life led Francisco Javier Muñoz Llompart, Xisco, to Mallorca, Valencia (where he won the League, the UEFA Cup and the European Super Cup with Rafa Benítez in 2004), Betis and Levante before taking a complete turn: in 2011, already 30 years old, he wrapped the blanket around his head and went to the Caucasus, to Georgia, to play for Dinamo Tbilisi. He was part of a small Spanish army assembled by Àlex García, trained as a player and as a coach at La Masia and who then spent a year training Dinamo.

Xisco did better than García in Tblisi. There he played four seasons and won two Leagues, two Cups and the local Super Cup, he was top scorer for two years and in 2014 he won the player of the year award. A hero. Retired as a player, he returned to Dinamo Tbilisi in January 2019 as part of the technical team and, since August 2020, as a coach. He was short-lived, but for good reason: Watford called him in December, having just fired Serbian Vladimir Ivic.

Watford, with 107,000 inhabitants, is a middle-class city whose greatest virtue is being where it is: 25 kilometers north of London, at the foot of the M25 (the ring road) and the M1 (the motorway that connects London with the north England), a stone’s throw from Heathrow and well connected to Gatwick, and served by no less than train, by the so-called Overground (a kind of subway-train in London similar to the RER in Paris) and even by a line subway. Ideal conditions to attract celebrities commuters who work in London and live in the suburbs. And to companies that want to be close to the capital but save themselves the cost of having their headquarters in London.

For the rest of the world, Watford is a rather nondescript city that stands out because many of the Harry Potter films were filmed there and Warner Bros had the good idea of ​​turning the Leavesden studios into one of the most visited tourist attractions in the world. country, with tickets sold months in advance.

The same thing happens to the soccer team: almost nobody would know him in Overseas if it were not because Elton John, a fan of the Hornets, was the owner and president of the club in the seventies and eighties, when he was at the peak of his musical career . Even today he is honorary president.

Xisco arrived shortly before Christmas and brought a bag full of goals and victories, which the fans and owners missed the most after Ivic’s ultra-defensive and draw-filled stage. Xisco won its first game, lost the second, and then kept racking up points. On April 24, after beating Millwall (1-0) and achieving 17 victories, three draws and four defeats since the arrival of Xisco, Watford achieved promotion to the Premier.

The Manacor, who does not have the mandatory UEFA coach title although he has already started the course to achieve it, hopes to continue at the club and says he gets along very well with the owner, Italian Gino Pozzo. “He has offered me a five-year contract and a lot of money,” he joked in the local newspaper, Watford observer.

But the Pozzo (who became famous with their irruption at Udinese in 1986 and controlled Granada for a few years in the League) are unpredictable owners. At Watford they have hired up to 13 coaches in less than nine years and they fired Slavisa Jokanovic despite promoting the team to the Premier League in 2015, the following year Quique Sánchez Flores despite achieving comfortably permanence and in 2019 Javi Gracia despite to lead the team to the final of the Cup of England …