Home
Football News
“Will I be better if I reach the top?”

Sitting in the snow, huddled next to his companions, Tom Horbein knows that the night just hinted at will be a dreadful one. He looks at his boots and wonders where his feet are, what will be left of those two rigid limbs that the cold has reduced to a couple of pieces of wood. Horbein complains and his friend Willy Unsoeld fights his own desire for abandonment by massaging and warming with his body those feet that little by little receive the heat of the blood flow with pain. And he is so employed in this task that he forgets his own feet, whose toes will wake up dead.

It is the night of May 22, 1963 and time seems stagnant at 8,530 meters, as if no one can guarantee the arrival of the dawn light. These two friends have just done something tremendous: climbing in alpine style, with hardly any information about the terrain they are on, they have drawn the third route of ascent to the roof of the planet along its western edge. Ten years have passed since the first ascent of Edmund Hillary and Tenzing Norgay, three after a Chinese team inaugurated what is now known as the normal route from the north of the mountain. Unknowingly, Horbein and Unsoeld have accomplished a feat that continues to intimidate today’s best mountaineers. In his story, however, there is no room for any triumphalism, only the happiness of having been lucky enough to imagine and live a real adventure. Reaching the top was not enough. Walking a familiar path was a poor option for them.

It took years for the doctors who worked day-to-day in a Seattle hospital with Tom Horbein to learn that this little elf-looking man was a legend. They did know, on the other hand, that he was a great doctor, professor and researcher, promoter of the studies of physiology at altitude. But he never spoke of mountains. In fact, his passion was medicine and mountaineering entertainment. Instead, Unsoeld gave everything to the mountain: his toes, his daughter’s life, and ultimately his own existence.

In 1963 no American had climbed Everest, hence this country organized a huge expedition to solve the matter. The idea was to repeat the original route from the south but within the team, Horbein, Unsoeld, and several fellow rock climbers were looking at the mountain with different eyes. Despite his fragile appearance, Horbein expressed with surprising stubbornness his desire to create two teams, one on the normal route and the other, smaller, exploring the west ridge. When the first team succeeded, the whole group agreed to turn to the possibility of creating a new itinerary. At four in the morning on the 22nd, Horbein and Unsoeld began the ritual prior to their attack to the top from the 8,300 meter elevation and just over two hours later they began to climb. Thanks to an imprecise photograph, Horbein sensed that to the left of its ridge, on the north slope, a snow corridor led through gentle terrain to the top. It was fortunate that he existed and that they found him: above 8,500 meters they both knew that they could not give up. “We never thought of giving up and although we knew we would be late to the top, we simply enjoyed the pleasure of climbing,” Horbein explained in his delicious book. Everest. The West Ridge (“Everest. The west ridge”).

The light was escaping when they reached the top at 6.15pm. Twenty minutes later, with the artificial oxygen depleted, they began to follow some blurred tracks drawn shortly before by two expedition companions, Barry Bishop and Lute Jerstad who had also reached the top from the normal route trying to help their friends. Finally, the four specters met at 8,500 meters and helped each other: Horbein offered his only two dexedrine tablets to Lute and Barry: the latter survived thanks to the gesture of Lute, who gave him the artificial oxygen he was carrying. Climbing the mountain on one slope and descending another, the couple completed the first eight-thousand journey.

The past is a springboard for climbers with ambition, a reference, the possibility of continuing to grow. The present has knowledge, better materials, scientific training, professionalism … But the motivation is rooted in the stories that preserve the essence of climbing mountains according to unwritten rules, or only written by the most admired mountaineers. Now, although the stakeholders neither confirm nor deny it, Kilian Jornet and David Goettler could agree to honor the example of Horbein and Unsoeld by raising their challenge a little higher: repeating their route without using artificial oxygen, descending like them on the route. through the southeast ridge and instead of reaching the southern pass and continuing to the base camp, undertake the ascent of neighboring Lhotse (8,516 m) to go down on its normal route. It was the dream of many. Ueli Steck’s too, but the Swiss died while acclimatizing in neighboring Nuptse in 2017. The challenge, never achieved, is tremendous and his success is supported by one key: speed to minimize wear from a tremendous altitude, a a path that is unknown to them and that observes points of no return. But neither the Catalan nor the German have made their intentions public and everything could be left to mere speculation.

What distinguishes a good climber from a special one is not their strength or skill but their ability to face the unknown. There is nothing more terrifying than entering a mountain without knowing if it will return.

Horbein and Unsoeld met in 1954. They quickly became friends. In 1960, they discovered the Himalayas, specifically the Karakoram of Pakistan, enlisted in an expedition to the Masherbrum (7,821 m), a majestic peak, then virgin. There they won the ticket to Everest.

They had three years to prepare, but Horbein had to finish his studies, take care of his large family, and do military service in the navy. Everest was moving away for Horbein, but Unsoeld called the director of the United States Peace Corps, President John F. Kennedy’s brother-in-law, to get permission for Horbein. JFK himself would host the victorious Everest team at the White House.

If Horbein left the avant-garde mountaineering there, Unsoeld had no choice but to imitate him because of his amputations, but in 1976 he organized an expedition to the north face of the Nanda Devi (7,816 meters), in India, in which he enlisted his daughter, baptized as Nanda Devi, despite presenting certain technical deficiencies and stomach problems. Bad weather blocked the second top team on the last high ground. Devi’s problems did not improve and her father managed to reach the high field only to see his daughter die in his arms. Those who knew Willy say he was already dead when an avalanche took his life three years later on Mount Rainier.

At 90, Tom Horbein continues to hike in the mountains near his home, in Estes Park, Colorado, the first mountains he ever saw. If Kilian Jornet and David Goettler win their bid, Horbein could ask them the same question that nagged at him during the 1963 trek to Everest: “Will I be better if I reach the top?” 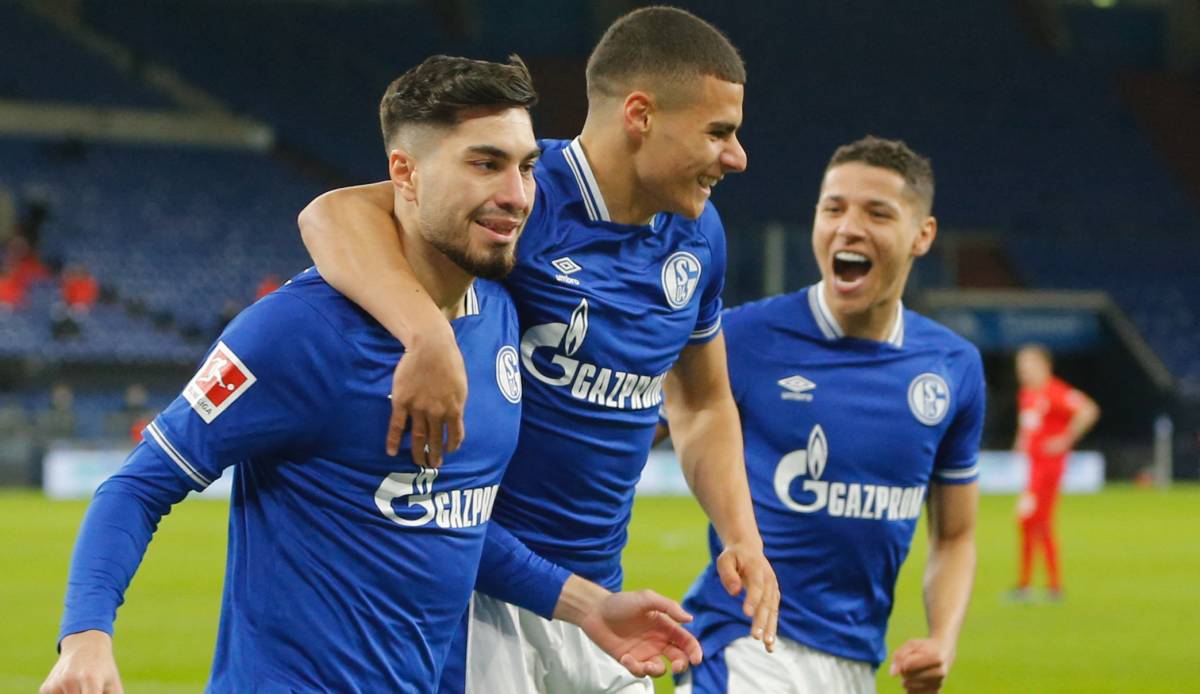 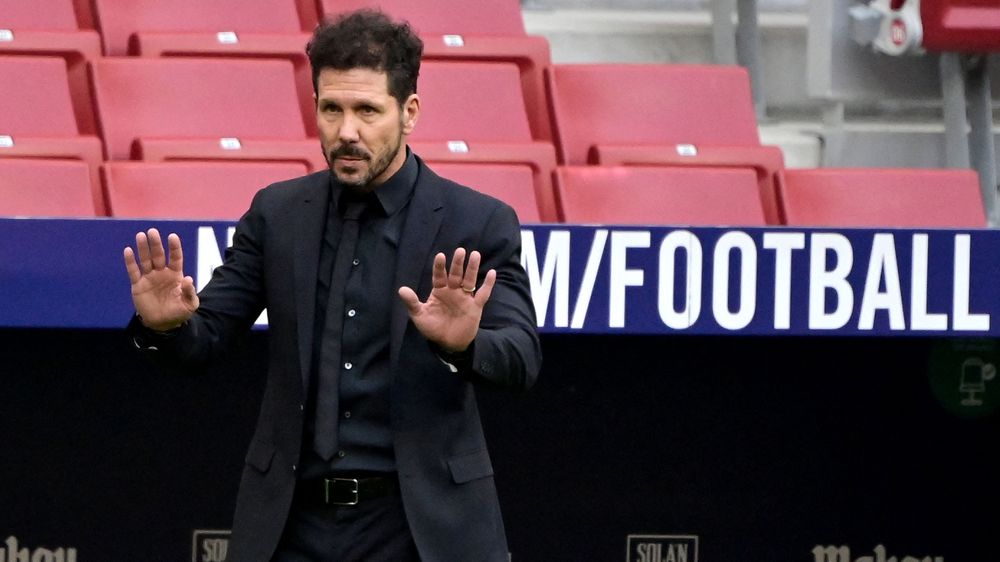