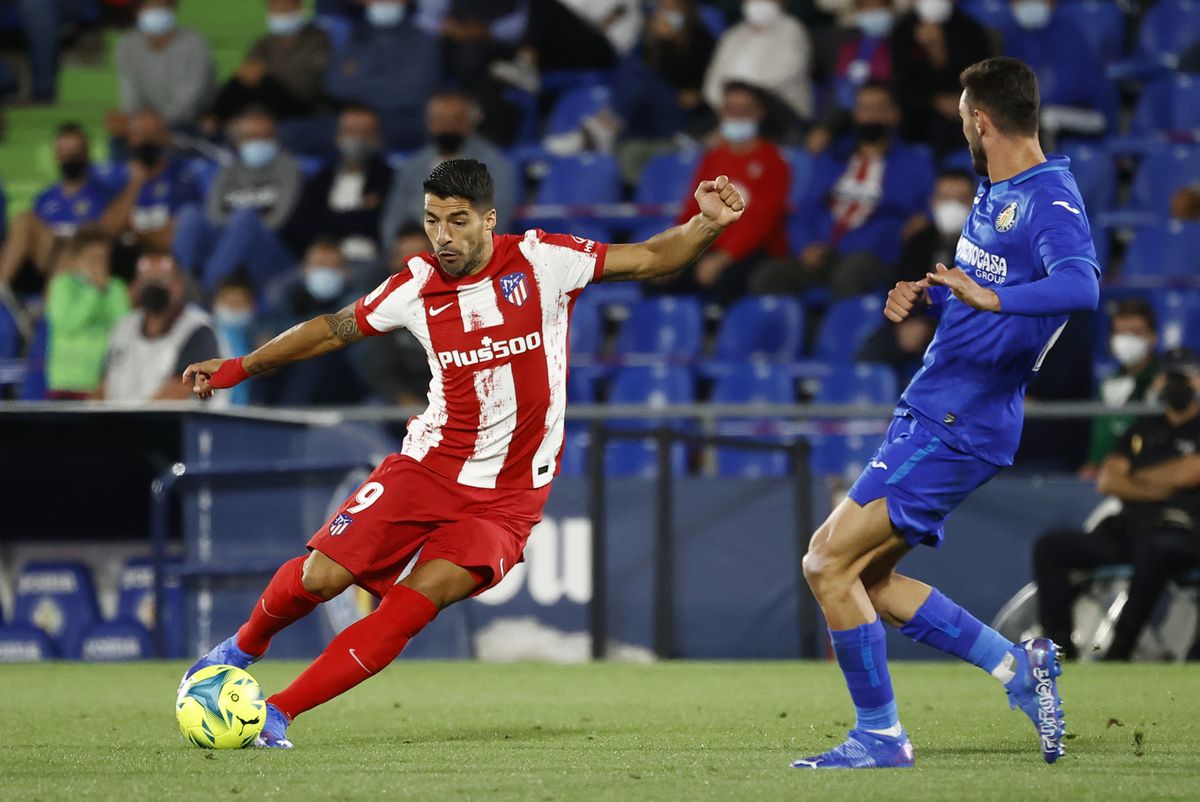 Age and physical condition have reduced Luis Suárez to the area. And there he reigned in Alfonso Pérez when Atlético was able to fulfill the Uruguayan need to play in the opposite field. Thus he emerged to be crucial in the league title conquered and thus he dealt the combative team of Míchel two stabs. Simeone’s team wasted again a first time. This time he was able to correct it with the changes and with Suárez’s trade.

In the search in which he is walking, Simeone abandoned the defense of three centrals to plant a 4-2-3-1, with Griezmann behind Luis Suárez. A mutation destined for the French to explode in the mold that suits him best. Not only the change of drawing can be described as a surprise, also the substitution of De Paul before the losses of Koke, Kondogbia and Lemar. The Argentine midfielder was the best against Athletic and was the star signing of this summer until Griezmann’s return. Either for rotations, or for giving more reel to the players who were champions, the famous hierarchies, Atlético was not there lately to lose the game in the center of the field. So the command of the in the axis remained for Herrera, neat and participant, but also the first symptom of the inability of the champion to accelerate the game. The first half of the rojiblancos distilled that air of a leaden team in attack of the last games, with serious problems to spin the game from behind. Neither Herrera nor Llorente knew just how to ventilate Getafe’s pressure lines. If anything, the Mexican in a couple of passes managed to uncover a hole. Without more spark than the street flashes of Correa, with Griezmann disappeared even in that scheme that benefited him, Atlético did not worry. He found no way to dismantle the defense of five that Míchel prepared. Driven by the need to score, the Madrid coach raised a combat match. More alive and forceful Maksimovic and Florentino to sweep and win the second plays, with Mitrovic behind them and with Mata combing balls and fighting with Savic and Giménez, Getafe played the game they wanted. The mobility of the unruly Mexican Macías, the conductions of Aleñá, were Getafe’s threats in a game that was more fought than played. The typical duel to be resolved more from an error than from an elaborate play. And that’s how Suarez had the chance to put his team ahead. Always on the lookout for turning a crumb into a good bite, he was ready to await Djené’s failure on a head-back punt. The Uruguayan spliced ​​a volley that repelled David Soria’s foot. Iglesias’ boot also prevented the rejection that Correa picked up from putting Atlético ahead.

From mistake to mistake, Getafe came out the winner. A bad blocking by Oblak in an exit ahead of the penalty spot led to a second center from Aleñá that Mitrovic caught with a corner header at mid-height that entered after hitting the post and the Slovenian goalkeeper’s mitt.

The goal, on the brink of halftime, forced a more convinced exit from Atlético. There is no doubt that Simeone’s team, although it sounds disappointing, is more fearsome the more it presses up and the more it plays in the opposite field. Under these parameters he was proclaimed champion and yesterday he decided to go for the match. The return to the defense of five with lanes with the entry of Hermoso and De Paul by Trippier and Lodi, readjusted Simeone’s towards more vertical attacks. Griezmann, before being replaced by Cunha after another inconsequential game, warned with a shot that whistled David Soria’s right squad. Suárez, with a head parabola that crashed on the top of the crossbar, confirmed that Atlético was another. Aleñá’s expulsion for a stomp on a Cunha twin announced the final charge on David Soria’s area. It was Suarez, masterful in linking control with the right and crossing with the left who made the tie.

Getafe had, on the only occasion in which it was able to deploy in numerical inferiority, the possibility of striking a mortal blow. Oblak’s hand to Unal’s innocent shot prevented it. The team of Míchel ended up doubling with another lethal command of Suárez. Nailed to the ground, the Uruguayan waited at the far post for a balloon from Vrasljko to sink it with a chopped and tight forehead.