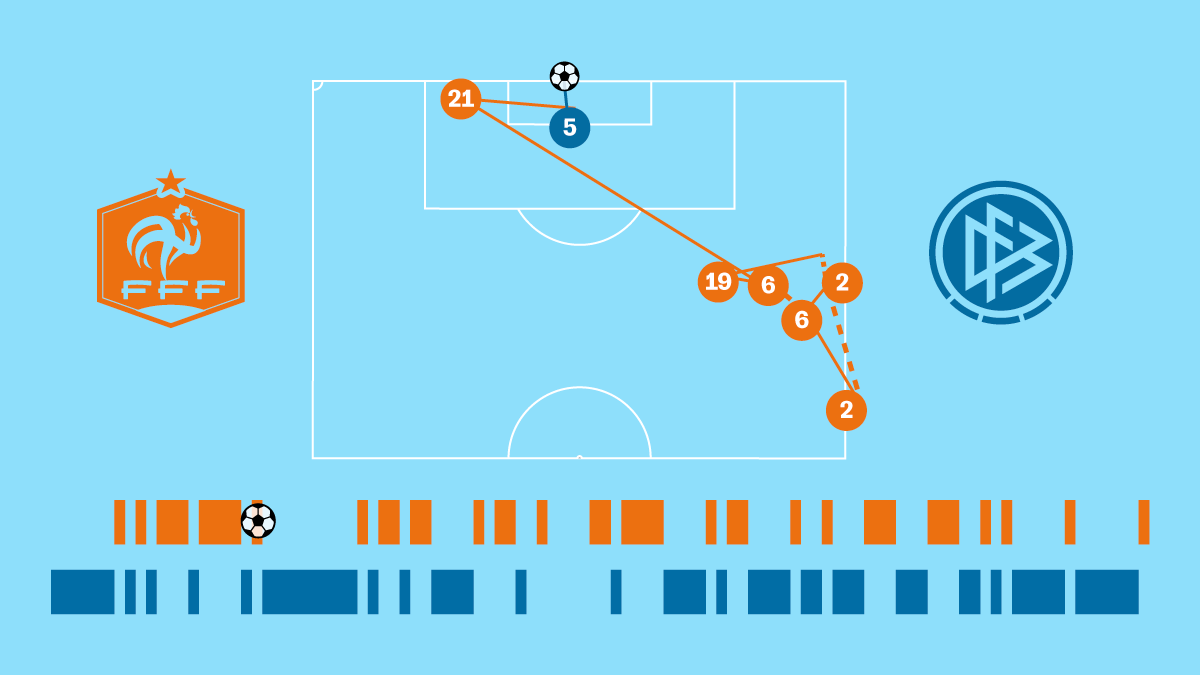 France took the victory thanks to their resistance in defense and an early goal, the result of Pogba’s good vision to find Lucas in space and the fortune that Hummels did not manage to clear the center of the side. After having gone ahead without having kicked on goal, the Gauls fell back in their field and tried to hit Mbappé at speed, who found a catwalk behind Kimmich. The Germans tried to match their rival in intensity and finished 10 times, but only one of them on goal.

The essence of the two teams invited us to think that it would be Germany that would carry the weight of the game and this was the case for most of the game. France, with a very physical midfield, rarely tried to elaborate and sought the speed of their forwards whenever they could. Germany finished with 61% of possession, with sections of absolute dominance but could not find the gap in the iron French defensive system, with all the players very committed

The one who played the most important role in making the German possession sterile was Paul Pogba, who with 13 wins and 12 recoveries was the one who stole the most balls and became the shadow of Toni Kroos throughout the game. It was also key to taking advantage of the 39% owned by France, as the pass came from his boots to find Lucas in the area on the play that ended in Hummels’ own goal.

The key play of the game, Hummels’ own goal, was an accumulation of errors that began at the start of the play. The neglect of the German defense left Lucas totally alone in the band so that Pogba found him with a great pass. The winger reached the baseline and his center failed to clear Hummels. A double error that unbalanced a very close match.

France exploited direct play to tickle Germany, with Mbappé as the only man off the hook and the rest of the team very committed to helping. Benzema and especially Griezmann lowered their position to the center of the field to keep the ball and lower the rhythm imposed by Low’s, a much more associative team. Kroos, the conductor of the German orchestra, had to stay further behind to watch for possible kickbacks, leaving his team without his precise last pass. With the three forwards very focused, the French defense prevented any attempt at wall or dangerous combination between them.

The early goal served to endorse France’s initial plan to leave possession for Germany, hold fast behind and go out at speed after recovering the ball. Mbappé was a knife down the left wing, facing again and again Ginter and Hummels, taking advantage of the gap left behind by Kimmich. Needing to come back, the Germans tried to corner their rival, but the French felt comfortable defending in a low block, with the team heavily engaged in defensive tasks, and left no room for the skilled German wingers to go deep down the wing.