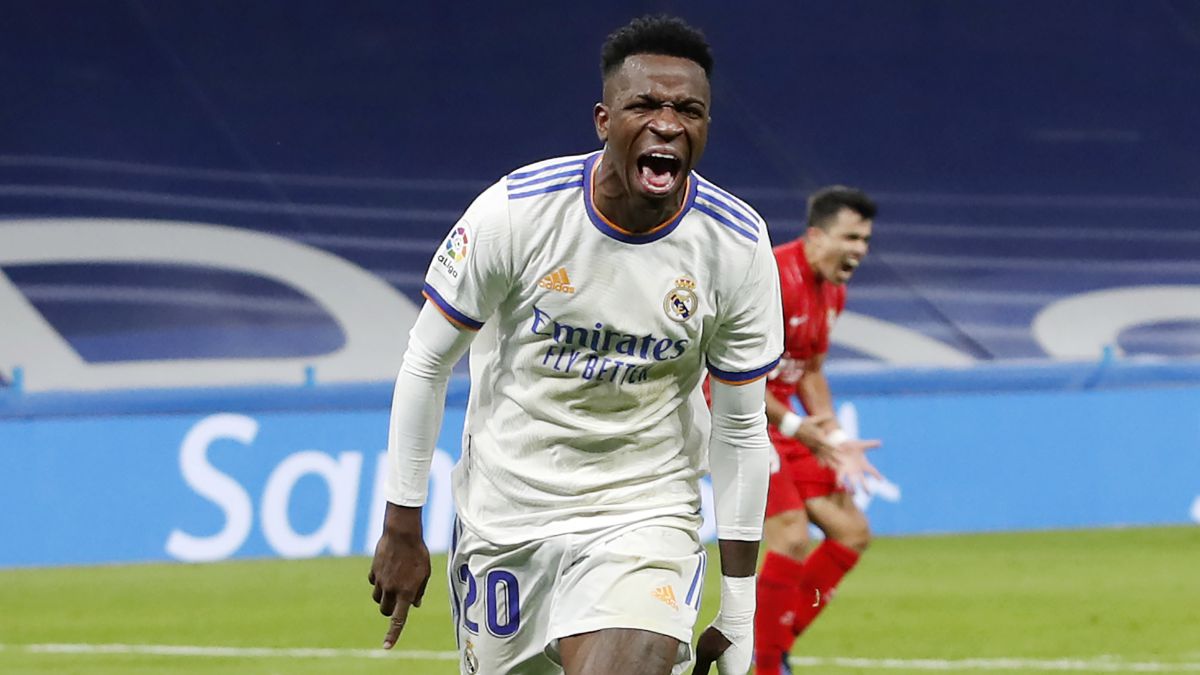 Sevilla has little cover left. So sign him up for the League and whatever. It was a resplendent team at the Bernabéu, with order, nerve and ambition against a Madrid with symptoms of fatigue. Too much beating for the usual. Lopetegui deactivated the white midfielders and Acuña, Fernando and Joan Jordán signed a great match, but he lost because Madrid is difficult to kill, because Bono made a fatal mistake, because VAR is a festival and denied a penalty from Alaba to Ocampos and because he does not have Vinicius. The Brazilian invented the goal of the day, perhaps of the month, and handed down the sentence. It is your League. And, by extension, Madrid.

Ancelotti also has his “is what there is”. It has not reached that point by scarcity, but by elimination, and without explicit declaration. So until the wind changes (Valverde catches up, Camavinga is baked, Hazard’s mental cast is removed, Bale changes the order of the banner, Isco and Marcelo return from beyond, Blanco enters through the eye to the technician, events, some, of impossible fulfillment), Madrid is going to copy itself from Wednesday to Sunday and vice versa. The usual defense while he is available (Praise and his sprain included), the three wise men in the center of the field, Vinicius, Benzema and the one who whistles the most that week to close the trident. Asensio this time, due to Rodrygo’s gastroenteritis. That is going to be Madrid this year. Until you drop from exhaustion. And it gives symptoms of not taking much more.

More if Sevilla is in front. “They say he never gives up,” sings El Arrebato in the hymn. Thus, it has been gaining ground from the sea for years and focus on the great ones. His is method and guts. Even with notable casualties such as Navas or En Nesyri and the main players touched (Diego Carlos, Koundé, Ocampos…) it is a resistant and always competitive team. A bone wherever it goes. And with solutions for almost everything. Despite the doubts of the day before, Lopetegui leaned for a real nine, classic, a tank: Rafa Mir. The exit shock was tremendous. In a horrible corner, defended? for Madrid, he hit a missile header from the penalty spot that put Sevilla ahead. Two minutes later, Alaba and Courtois denied him the double. Militao was blown away by such a big battering ram, capable of lowering a meteorite, winning a sprint and sticking his head in the wolf’s mouth.

Before the raised eyebrow, signal of alert, of Ancelotti, Sevilla disarmed Madrid at the start of the ball, the high sense of general duty and the magnificent instruction of their midfielders, especially Fernando, a silent caudillo, and Joan Jordán. The thing had merit considering that in that field Madrid has footballers to show off. So much so that he has not found anything to improve it for years. Better known good. But the good was not so good in the beginning, with inaccuracies of Casemiro and inability of Kroos and Modric to open a gap against a powerful enemy. Things could get worse if a shot placed by Ocampos does not touch the crossbar. The Argentine is a footballer who cheats: he works so hard that his magnificent foot sometimes goes unnoticed.

If Madrid had it raw on the inside, on the outside things did not improve. Vinicius has earned lowering the volume. Asensio is obliged to upload it. Carvajal made gross mistakes. And in that darkness the light was made with a goal that was a martian. Militao found himself 30 meters from the door with no other option than to put a medium-length shoe, Bono made a mess of it trying to stop it, the ball hit the post and was at the mercy of Benzema, that he was born a scorer although he took too long to find out. An opportunity for Madrid, an undeserved punishment for Sevilla. Double punishment, one might say, because Sánchez Martínez took away a clear penalty from Alaba from Ocampos. Another VAR that made the statue. Asensio and the Argentine had another two before the break, with the game unleashed.

Sevilla kept their plan, took their pressure to any corner, attentive and diligent, and almost all the ambushes went well. Madrid did not find where to hide. He seemed resigned, due to fatigue or inferiority, to protect himself in his field, chasing the ball. However, from the white team, even subdued, the blow can always be expected. Asensio threw him from his ideal position, on the edge of the area, but he missed the door. For a long time, almost everything has been missing a second or half a meter to spare. Shortly after he was emulated by Vinicius, who ran out of air for the shot after an acceleration through the center lane.

In any case, in the second half, both were becoming cautious. Ancelotti put legs to the team with Camavinga and Valverde, two of the young card, and Lopetegui also signed up for control football with Delaney, Óliver Torres and Óscar. By then Sevilla seemed to have understood that all their trains had passed and Madrid, that they still had some left. Alaba almost took it, with a high volley at the penalty spot. Only in that final arreón did Madrid feel superior. AND then Vinicius appeared, skirted the front of the area and sent an indefensible torpedo to the squad. Sevilla does not have that and that decides games and who knows if championships. Then they gave him another penalty that Sánchez Martínez forgave himself and Courtois worked the second miracle before a Delaney header to save his team. After several rounds of the bell, Madrid fell on their feet.