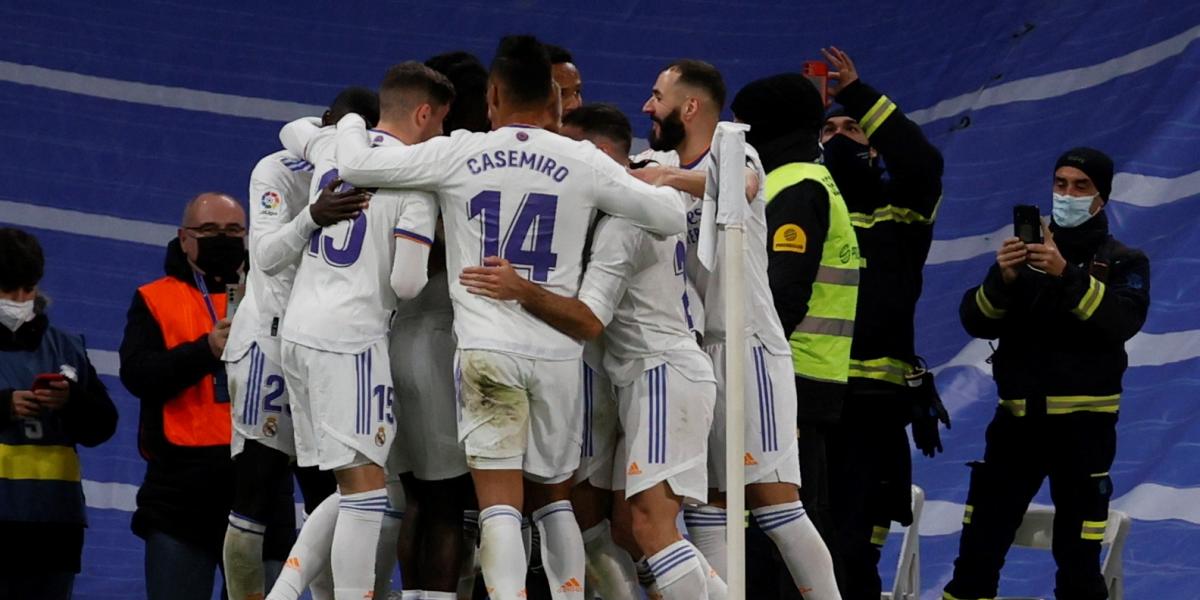 The Real Madrid he added three very important points against Sevilla in the race for the league title. A victory that allows him to continue as a solo leader and that, seeing how the game went, is a tremendous confidence boost for those of Ancelotti. A coach who was right with the changes to turn the game around.

In terms of football, almost everything that happened at the Bernabéu was done by Sevilla. Until his strength resisted, the team of Lopetegui It was an intense team, with very clear ideas and displaying a football that left Real Madrid in evidence for many minutes. However, in this football, what matters is the score and there, Real Madrid won. Sevilla could have left the Bernabéu with a win, but they left with a defeat. And the blame for that happened was the lack of success of the Sevilla fans who, after going ahead on the scoreboard in the 12th minute, were then unable to beat again. Courtois and ended up paying for it.

The 0-1 marked it Rafa mir taking advantage of a tremendous defensive oversight by Real Madrid that left Sevilla’s center-forward alone in a corner kick to finish off his head almost without jumping from the penalty spot. Just two minutes later, Rafa Mir had two more chances to score on the same play. Alaba avoided under sticks the goal of the sevillista to whom the ball returned and then he found Courtois.

The game was a Sevilla monologue against Real Madrid who did not know how to turn the situation around, while he watched as Sevilla continued to generate chances. The clearest, at half an hour in a shot of Ocampos that crashed into the crossbar. There, the luck factor for Real Madrid appeared, which continued with Benzema’s 1-1. Shot from Militao from about 35 meters. A seemingly easy punchline for Bond who wanted to block the ball, but it ended up slipping out of his hands, hit the post and Benzema, very attentive, took advantage of the rejection to make it 1-1 in the 32nd minute.

Seeing is believing, Real Madrid had drawn without doing very little. From there, Sevilla already seemed that they did not command so much, but they continued to generate more danger than the whites. He even claimed a penalty from Ocampos that the referee did not indicate and the VAR did not correct him. The break was reached with that 1-1 and with a shot from Asensio that narrowly left.

The second half started with Sevilla in command, but with Madrid being more dangerous in attack. The minutes went by without anyone being able to score and the game was losing tactical order, which led to a good number of errors due to the fatigue of both teams. There, Ancelotti gave entrance to Valverde and Camavinga to give air and power to the center of the white field. Lopetegui responded with Óliver Torres and Óscar.

See all the summaries of day 15 of LaLiga

Some changes that revolutionized the final stretch of the match, especially for Real Madrid who took a step forward and achieved what seemed impossible, come back and score 2-1. Vinicius en minute 87 in a personal move and with a great shot on goal.

Delirium at the Bernabéu after the goal of Vinicius. It was not for less, but the white fans could not breathe easy because Sevilla looked for the tie and had it, but it appeared Courtois to avoid it with a great save in minute 94. Thus ended the game in which Sevilla played the most, but Real Madrid won.

Spectators: 45,000 at the Santiago Bernabéu

Rodrygo, down at the last minute due to gastroenteritis