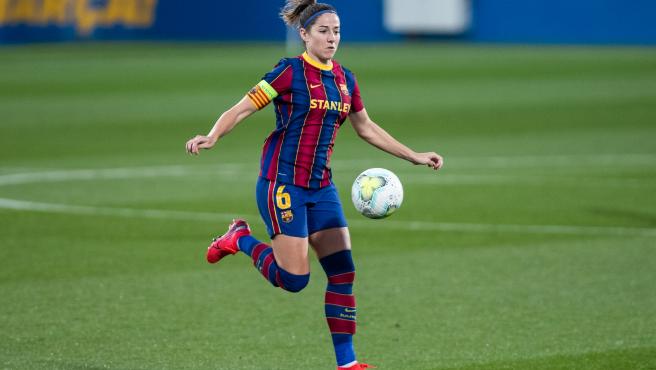 The women’s team of FC Barcelona has signed a historic season, in which he has achieved a League, Cup and Champions League treble. However, Vicky losada, a true Blaugrana icon, could leave and head to England, after not feeling valued at Barça.

“This year has been hard for me and I have not felt valued nor have I had the confidence of the coach. I’m in very good shape, I feel like I can still play for many years and I want to be happy. I am studying my situation and my future”, Explains Vicky Losada in an interview for FourFourTwo.

It would not be the first time that Vicky Losada went out to play abroad, since she was already part of the Western New York Flash (United States) and Arsenal (England). Precisely the rumors place her back in the English league, considering the possibilities of the Manchester City or a return to Arsenal.

Not having had minutes at Barça has made Losada see how his name did not count for the Spanish team either. After having played two Euro Cups and two World Cups with the red, he has many ballots to stay out of the next international event. “I have lived great moments as a footballer: two World Cups and two European Cups, being the first player to score with Spain in the first World Cup that our country participated in”, the FC Barcelona player recalls with longing.