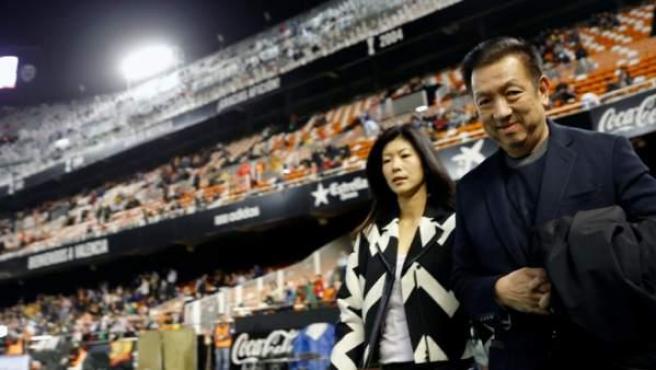 The problems of the Valencia, this time, in court as presumed guilty that a 12-year-old youth player was close to losing his life due to medical negligence of the club. ‘El Confidencial’ uncovers the story of a youth of the team who began to feel abdominal pain, vomiting and diarrhea in a tournament in Egypt in 2019.

The footballer began to feel symptoms that the nurse who traveled with the team, the only medical staff, alluded to a stomach flu since other teammates had suffered similar signs although to a lesser degree. The youth squad was also treated with Ibuprofen and Primperán although his pains did not stop.

It was not until his return to Valencia that his parents decided take him to the hospital before the “cadaverous” look that his son had. They had also traveled to Egypt, but initially they could not see the young man “so as not to break the rules of team concentration.”

After the first tests that revealed alarming levels, especially in sodium, the subsequent CT scan and ultrasound showed that the youth squad rlooking for an operation due to the risk of suffering a perforation, which they located after surgery in the duodenum, possibly due to the large consumption of drugs such as Ibuprofen. He was hospitalized for more than two weeks, with passage through the ICU included, before being discharged.

Thus, according to the aforementioned media, the parents filed a complaint in the Central Court number 3 of Madrid against Valencia as civil liability for a “crime of serious reckless injury” and “at risk of death”, which is currently being investigated by the National High Court.