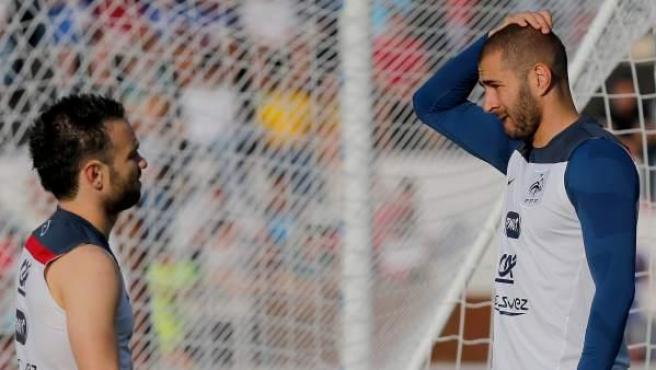 Karim Benzema will return to the French national team this summer six years after his last match with ‘Les Bleus’. The forward was removed from the team to be accused of extortion of a partner in the team, the midfielder Mathieu Valbuena, currently at the Greek Olympiacos.

After learning that Benzema has been summoned again by Didier Deschamps, who until now had flatly refused to call him, Valbuena himself granted an interview for RMC Sport in which he was asked for your opinion about the return who was his partner to the national team.

Valbuena was indifferent and said “he has nothing to say about it.” However, if he pointed out that “if he can bring something positive to the French team, better for ‘Les Bleus’“However, the Olympiacos sees a clear winner in this whole situation: Deschamps.

“For me, Didier Deschamps wins in all cases. If it works, we will say that he knew how to adapt despite a difficult context. But if you fail, we won’t blame you. That’s what he knows how to do very well, “he said, without remarking that the coach will be able to show his chest if he hasn’t called the forward all these years.

Finally, he explained that he had nothing to do with the decision and that Deschamps has not contacted him in the last times. “If the coach called me? No, and I don’t expect anything from anyone. I live my life and enjoy the field. I don’t expect anything from Didier or anyone”, He concluded, explaining that he does not believe that he will return to the national team.