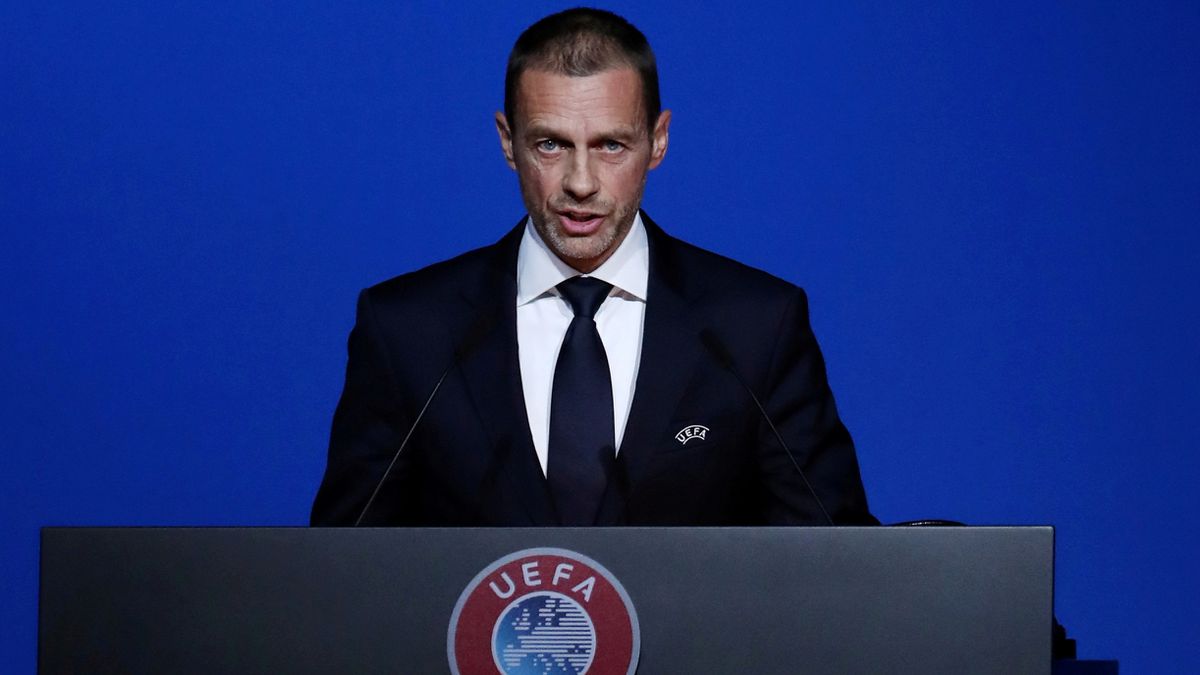 UEFA president Aleksader Ceferin has managed to give a resounding performance this Friday to nine of the rebel clubs that announced the launch of a European Super League less than three weeks ago, last Sunday, April 18. Nine of the twelve rebels who announced the new tournament that night in a nightly statement have agreed to formally commit to abandon the project, in addition to paying small financial compensation, in exchange for the guarantee from the European body that they can continue to compete in the competitions. continental. The rebels surrendered are: Arsenal, Milan, Chelsea, Atlético de Madrid, Inter Milan, Liverpool, Manchester City, Manchester United and Tottenham. “As a gesture of goodwill, and together with the other clubs, they will make a donation totaling 15 million euros, which will be used for the benefit of children, youth and grassroots football in local communities across Europe, including the United Kingdom ”, the European body has expressed in a statement. In the letter, UEFA adds that the nine repentant clubs “will be subject to the withholding of 5% of the income they would have received from UEFA club competitions during a season, which will be redistributed and they will“ agree to be imposed substantial fines if they intend to play in an unauthorized competition of this type (100 million euros) or if they breach any other commitment that they have assumed in the Club’s Declaration of Commitment (50 million euros) ”.

Ceferin threatens the three clubs that remain in the project (Real Madrid, Barcelona and Juventus) directly: “UEFA will deal with those clubs later,” he says. A few lines later, the official text announces the next step in this direction: “The matter will be quickly referred to the competent disciplinary bodies of UEFA.” According to sources familiar with the process, a file will be opened to the three clubs, with the underlying intention of Ceferin to exclude them from European competitions for two seasons.