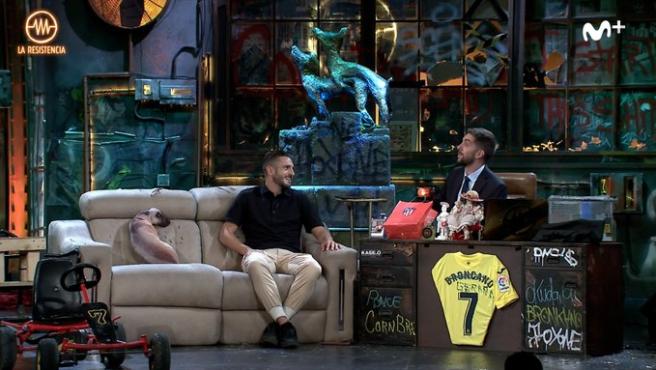 Koke Resurrection He passed through the set of La Resistencia this Thursday to submit to David Broncano’s questions.

The presenter, recognized rojiblanco, enjoyed with the captain of the mattress team after the achievement of the League. During the Interview, Broncano remembered the match between Atlético de Madrid and Barça and a few words that Gerard Piqué He told the Atlético captain in the middle of the game while he was lying on the barrier,

“Come on, say it, that Gerard is a friend,” Broncano insisted. And Koke told it: “Could you imagine having a tonic here at Camo Nou?”, asked the defender culé.

“This kid is ‘chalao’, you have to love him like that”, was what Koke thought, as he recounted in Movistar’s `late night.

They ended up putting the flag and scarf on the fountain of the dogs behind them on stage.