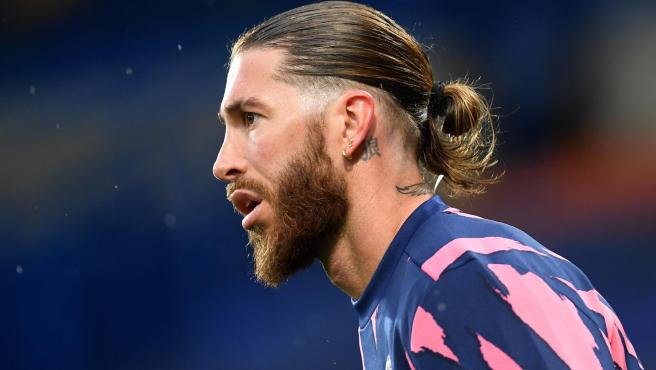 A little less than a month and a half until his contract with him Real Madrid finish, Sergio Ramos does not have a team for next season. Any image, phrase or approach in this regard can bring it closer to one or the other, and what has been seen in Seville these days has caused much turmoil.

On the terrace of a central restaurant in the Andalusian capital they met René Ramos, brother and representative of the white captain, and Ramón Rodríguez Verdejo, Monchi, sports director of the Seville. The scene began to run like wildfire between the networks of Nervion, every time a question began to be hatched: Is it possible for Sergio Ramos to return to the club of his loves?

René Ramos’s interests at Sevilla are not just purely emotional because of his brother’s past there. The youth squad Fattore Scotta, Juan Soriano, on loan this season at Malaga, and Oscar Rodriguez, who aims to leave this summer, are represented by him too, but Sergio’s situation in Madrid has opened the box of the ‘salseo’ and rumor mill.

At 35, Ramos considers that he still has room for an optimal contract in a quality team. The rope with Real Madrid is more than tight, since he wanted to stay but not under the conditions offered to him, and with each passing day he plays against him: whites no longer consider him essential and less with the high cost of your token.

One of the first options on the table is for Ramos to enter the operation to bring Mbappé to Madrid. The captain would lower the costs of a multi-million dollar offer of Florentino Pérez to Nasser Al-Khelaifi, that for a few hours they would forget the war opened by the Super League.

Although Sevilla’s option is complicated, both for economic and sporting reasons, the image of René and Monchi chatting in full view of everyone has been read as a way of putting pressure on potential stakeholders, including Real Madrid itself.