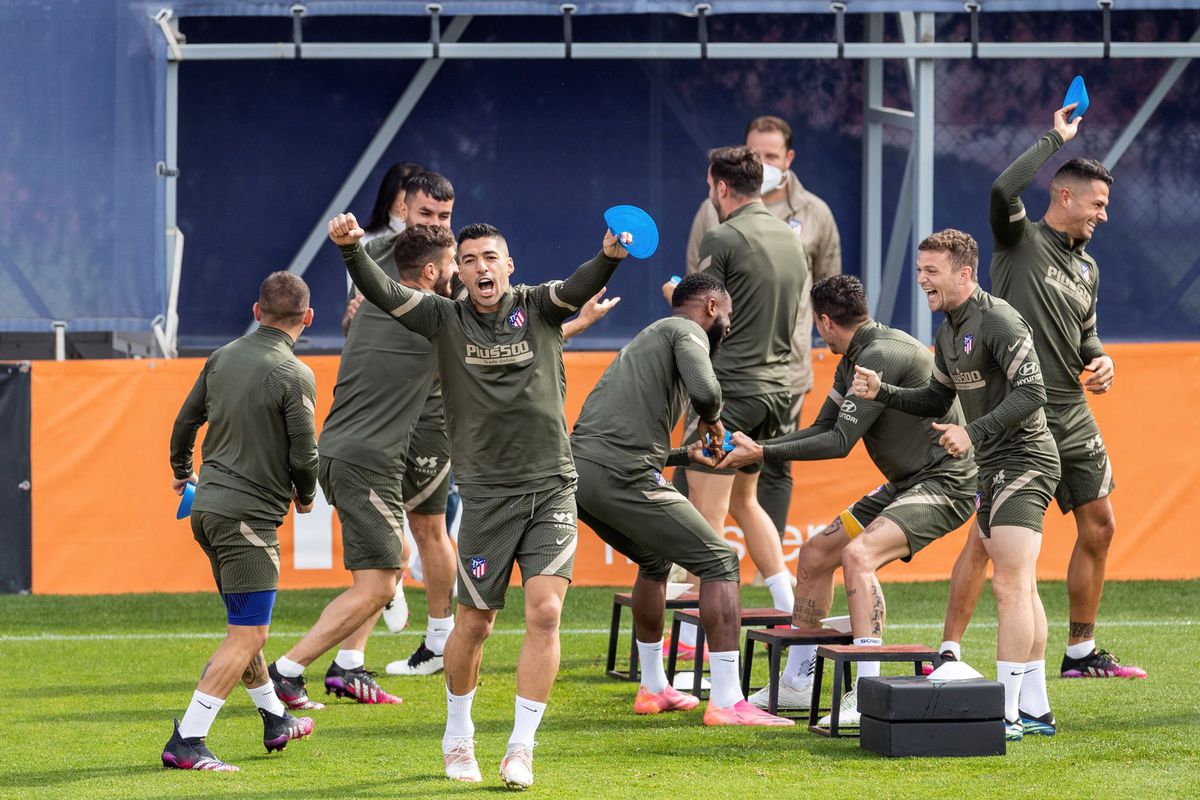 The winner of the title, the European places and the relegation can be defined in this penultimate day of the League in which all the matches are played this Sunday at the same time (18.30, Movistar LaLiga). There will be no stadium where at least one team does not have something to fight for. An emotional carousel from end to end of the table, from the Atlético leader to the bottom Eibar. La Liga at stake in its entirety and with an audience at Villarreal-Sevilla and Valencia-Eibar for the first time since the start of the pandemic. Anything that is not resolved will lead to an intriguing last day.

Simeone’s team is the only one of the three applicants that can be proclaimed champion this day. A win against Osasuna and Madrid not winning in Bilbao is the only possible combination to lift the title. In the first of the three finals that awaited him since he returned to depending on himself, he dispatched a frenetic victory with Real Sociedad. “We enter the Suarez zone,” Cholo proclaimed yesterday, aware of the importance of fine-tuning his aim regardless of the occasions his team is capable of creating against the daring and dynamic Osasuna of Jagoba Arrasate, who does not play anything.

A draw or a defeat for Atlético added to a Madrid victory in San Mamés would place Madrid in the lead and it would depend on itself in the last day to overcome its neighbor in direct confrontations (2-0 and 1-1). While the doubts about the continuity of Zidane flutter in the sprint end of his team, the French coach conveys enthusiasm for the competitiveness that his team has shown in the face of adversity. We have had many difficulties and many strange things. “This is a team that has never stopped working,” claims Zidane. The overwhelming victory against Granada with a team full of meritorious people exemplifies the rehabilitation that has allowed them to present themselves on this day as a serious threat to Atlético.

Barcelona must beat Celta, already with little chance of entering Europe, and wait for the results of the two Madrid clubs to preserve on the last day their already minimal chances of conquering the throne due to the four points that separate them from Atlético and why He has lost the coefficient of particular goals with rojiblancos and madridistas. Koeman, on the wire like Zidane, still stings the defeat at home with Granada (1-2) that prevented the assault on the leadership of his team. “We lost a big opportunity. The important thing is to win the games that we are missing. And wait. Due to the latest results, our options are small, but we have to go for the matches ”, warned the Dutch coach.

The four places in the Champions League are already divided between Atlético, Madrid, Barcelona and Seville. The fifth place that Real Sociedad occupies gives the direct pass to the Europa League and the sixth to the Conference League, a new competition that UEFA will launch next season and which was a source of discord between the clubs that founded the failed European Super League . Real Sociedad (56), Villarreal (55) and Betis (55) are within one point in the fight for the Europa League. If Real defeats Valladolid, which is played for relegation, Betis lose at home to Eibar, also immersed in salvation, and Villarreal falls in their stadium with Sevilla, they will have secured fifth place.

Six teams (Alavés, Getafe, Huesca, Valladolid, Elche and Eibar) in a five-point arc. If Vitorianos beat Granada in Mendizorroza, Calleja will have worked the miracle with a team that seemed evicted. “It is essential to know that it is not done, we still have to finish it off, we need the last step,” said the Alavés coach. Getafe, if they beat Levante at home, and Valladolid does not defeat Real in San Sebastián, it also ensures permanence and will close the worst season of the Bordalás era. The same will happen if Huesca prevails in his visit to Benito Villamarín and Valladolid loses. A victory for Pacheta’s team, regardless of the other results in the matches with salvation at stake, would go down to Elche and Eibar, who visit Cádiz and Valencia, respectively.