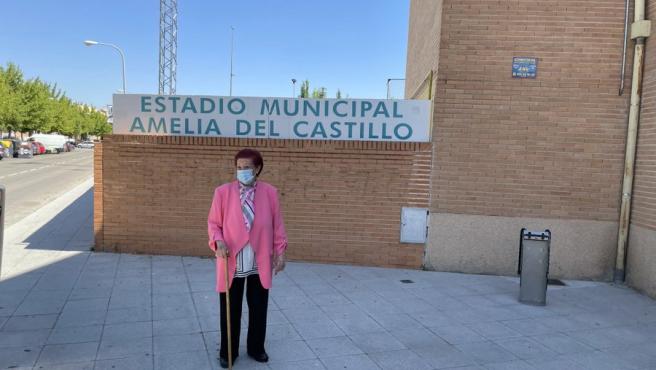 Gemma Santos, journalist from COPE, publicly denounced the recent ugly Atlético Pinto to his mother Amelia del Castillo, 78 years old and a true pioneer of Spanish football. In 1963, Castillo was the first founder of a soccer club, the Athletic de Pinto, which now turns his back.

‘Meli’ was the president, coach, delegate, utillera and what-it-needed-a team to which he devoted himself body and soul. Something out of the ordinary, and more at that time, until the point that the mayor forced her to resign.

However, the memory of ‘Meli’ lasted year after year and in 2000, signatures were collected to change the name of the Atlético Parla football field to Amelia del Castillo. A pride for her and hers, but that the current leaders of the club do not take so much into account, as her granddaughter reveals.

“The colleagues from El País interviewed my mother, Amelia del Castillo, this morning in a park in Pinto, her town. It was a beautiful interview, as a pioneer that it is … They wanted to do the interview within “their” field, the Amelia del Castillo MUNICIPAL Field. But the guys who are in charge of Atlético de Pinto have not allowed it”, Gemma Santos tells on Twitter.

“They say they don’t want anyone from outside the club to get inside. My mother is 78 years old, she is the founder and honorary president of the club in her town, of her “third son”, as she calls Pinto. I ask for retweeting and broadcasting so that the faces of these guys who prevent a 78-year-old woman from going to record an interview in “her” field fall in shame. They have even removed the commemorative plaque that celebrates that all Pnteños voted for the field to be called that ”.