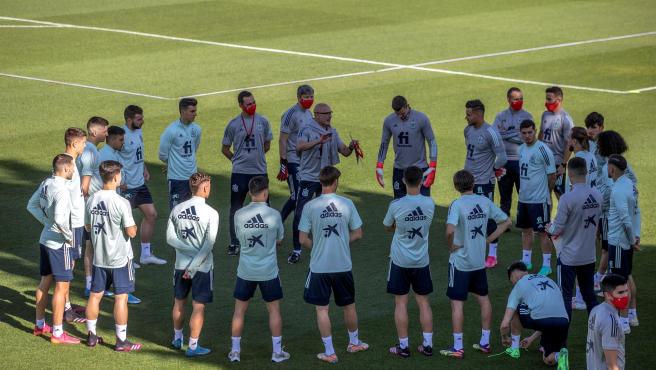 The Spanish U21 team could not leave this Wednesday for Maribor, in Slovenia, to face the knockout phase of the Eurocup after detecting a positive for coronavirus in the expedition, reported from the national team.

“The U21 national team remains in the Ciudad del Fútbol de Las Rozas after being detected, in the tests PCR, a positive for COVID-19 in the expedition that I had planned to travel to Slovenian lands this Wednesday morning to participate in the knockout phase of the European 2021 in Hungary and Slovenia, “said the portal ‘sefutbol’.

All those who were going to travel to Slovenian soil underwent the relevant tests upon arrival at the concentration on Tuesday and it was “late” on this day when “the incidence in one of those controls was notified through the medical services,” which led to the implementation of “the protocol foreseen for these cases”.

At the moment, from the RFEF PCRs have been repeated to rule out new infections among the members of the expedition, and “preventive isolation” of the close contacts of the positive case, in addition to “the expansion and intensification of security measures” as a greater safety distance or group workouts, “despite the fact that the tests carried out this Wednesday have yielded negative results.”

Thus, the Spanish delegation will not travel to Maribor, where it must play its quarter-final match against Croatia on May 31, “until it is determined that there are no more positives.”