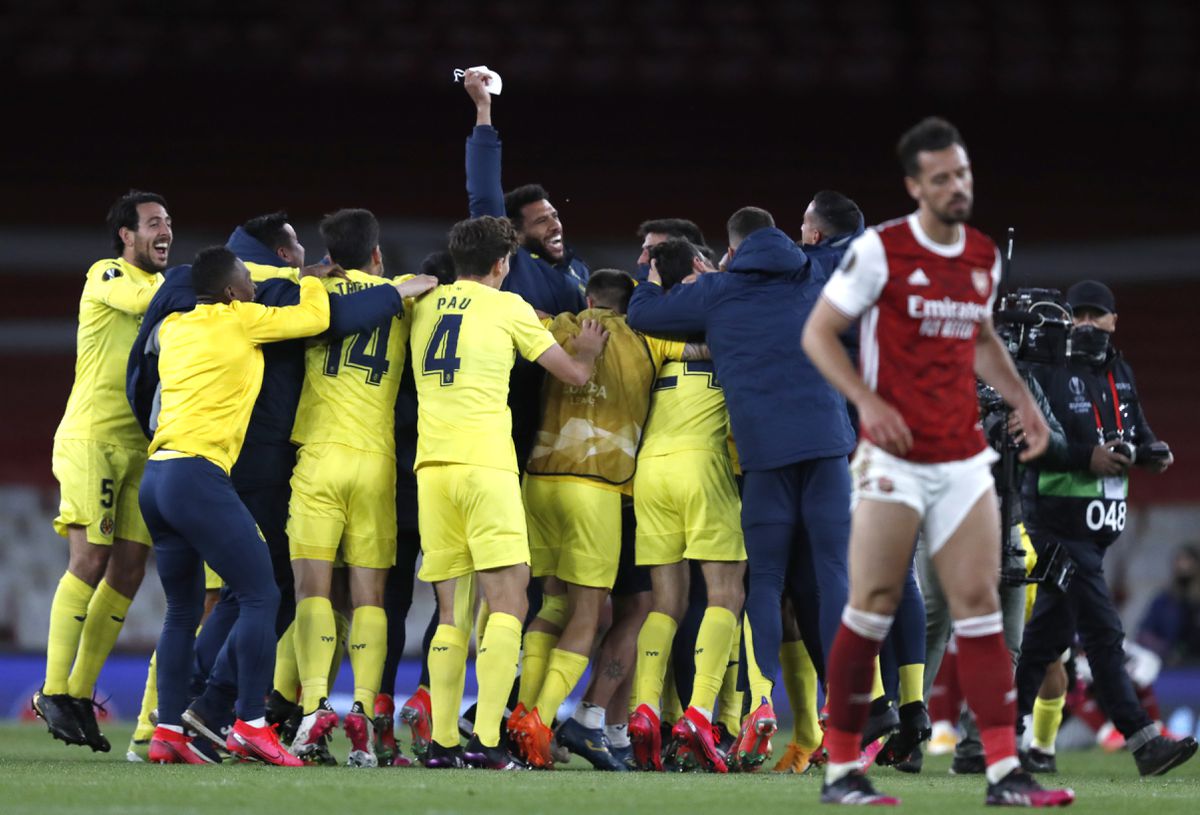 Hand in hand with the calm Dani Parejo, Villarreal seized the game until it was immobilized, so that time would pass without anything happening to safely cross the threshold that places it among the clubs that have played a great European final. Thus he conjured the misfortune of the 2006 Champions semi-final, cursed by Riquelme’s missed penalty against Arsenal much more fearsome than this. If Villarreal was superior in the first leg in 90 vibrant minutes, in the return they prevailed by calculation in 90 minutes of pure administration. Manchester United awaits you in Gdansk on May 26 to play the Europa League final. The first final in the history of a village club that is a blessing for Spanish football. His deed sums up the fascination radiated by teams that, due to their merits on the pitch, break the historical barriers in the open competition model, now threatened by the Super League.

Forced to come back from 2-1 in the first leg, and conditioned by Ceballos’ sanction and Xhaka’s injury in the warm-up, Arteta laid out a daring plan based on the choice of players who instinctively seek to advance and keep their backs little. Against his custom, he placed Thomas Partey as the sole midfielder, escorted him with two men with a vocation as midfielders, Odegaard and Smith-Rowe, and deployed Pepé and Saka at the ends to assist Aubameyang. In a way, the approach replicated Emery’s 4-3-3 scheme. When the ball started rolling, the teams were docked like twin modules of a space station. They matched each other and locked in midfield in a succession of short-haul skirmishes. With an advantage for Villarreal. In the tactical battle of coverage, tilting, aids and improvised distribution of markings, pure flyers such as Parejo, Coquelin and Trigueros were more comfortable than reconverted attackers such as Odegaard or Smith-Rowe.

The pandemic has encouraged these types of shows. Without an audience in the stands, without the massive demand for action, many players end up accommodating themselves to strictly comply with what their coaches ask of them. If they can receive the ball on the foot, they receive it on the foot; and if they can pass it on to a partner to avoid taking risks, they free themselves from the ball like someone who transfers responsibilities. The chain is endless and usually produces shit radiated by the technicians, who, without the extinct din of the stands, acquire an unbridled prominence from the bands. As Arteta and Emery belong to the species of those who sing live each of the decisions that their footballers must make, the Emirates game was channeled towards a genre less similar to real competition than to simulation, or training. An aseptic extravaganza that has acquired a letter of nature thanks to the mixture of television and plague.

The two teams struggling in this sort of bureaucratic wear and tear, the game drifted into a monotony that only the footballers who cannot live without audacity broke. Saka, on the Arsenal side, and Chukwueze at Villarreal. The Nigerian winger shot first. It was before 10 minutes when a very hard shot was taken that forced Leno to react hastily. Villarreal never produced such a dangerous shot again.

The injury to Chukwueze, who requested the change and was removed on a stretcher, crying disconsolate, added lead to a game that was engulfed in the game of calculations. Well covered by Thomas by Moreno, Arsenal was handcuffed by the constant interventions of Parejo. With the help of Trigueros, the midfielder was closing out Odegaard and imposing his rhythm on the fray. The pressure prevailed over the touch. The errors in the deliveries multiplied, not in the positioning. Neither team managed to flow, but this benefited the visitors to the extent that it classified them 0-0. When Arsenal advanced, they finished the plays on the outside. Villarreal only hesitated when they hung a center. The aerial game does not seem the strong one of Rulli. At the exit of a corner there were two rejections and Aubameyang crossed a shot that hit the post.

Aubameyang himself headed the crossbar in the second half, the best chance that Arsenal had to spare. Arsenal, a victim of the bond that Parejo and his colleagues threw at him on a boring football night that Villarreal channeled towards their biggest party, faded into their mediocrity. That of a town of 50,000 inhabitants.