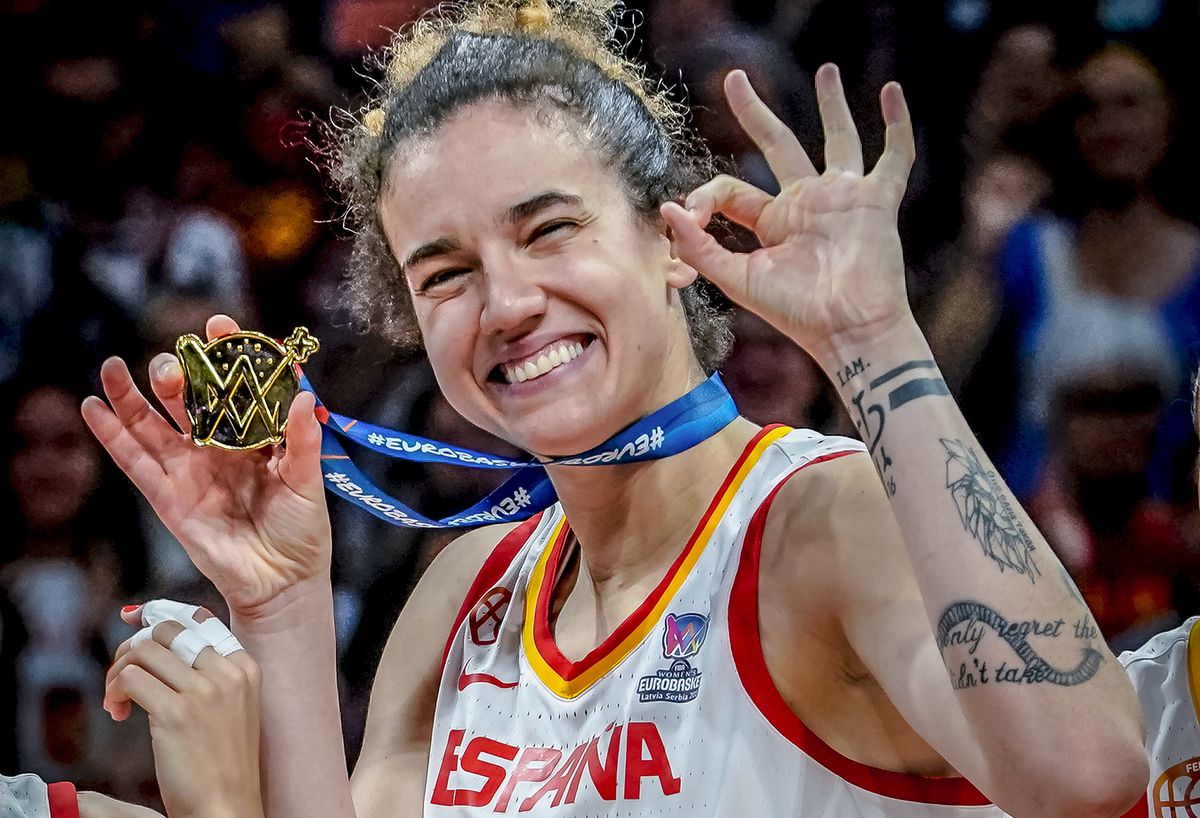 “The time has come to stop,” explains Laura Nicholls in the message with which she announced on Tuesday her resignation to compete with the Spanish team in the Eurobasket and the Olympic Games. The 32-year-old center of Cantabria, the second active player with the most medals (9) and caps (197), only surpassed by Laia Palau, thus joins the casualties of Marta Xargay and Anna Cruz for the double appointment this summer . A sequence of absences that decapitalizes the historical team of the seven consecutive podiums, between 2013 and 2019 (three golds, two silvers and two bronzes), and accelerates the generational change that has been brewing in the last Lucas Mondelo calls.

“This very tough year, in which many of us have had to face unlikely situations, has served to make me realize that the time has come to stop putting basketball before my own life,” Nicholls details in her writing. “Although we sometimes forget it, family and health come first. That is why I have decided that, after more than 20 years dedicating my life to this wonderful sport, the time has come to stop ”, reviews the international, which closed its season just over two weeks ago playing the Final Four of the women’s Euroleague Istanbul with Fenerbahçe, to which he had returned after passing through Casademont Zaragoza. “It does not have to be a final goodbye, but personal situations would not allow me to attend the call of the national team with the concentration and energy necessary to face such demanding appointments as those of next summer. It would not be fair to my teammates, or to the fans who have always supported us. It wouldn’t be me ”, Nicholls emphasizes, after 14 seasons as a professional and experiences in Turkey, Poland, Italy and Russia.

“I need to catch a breath. I did not enjoy the track, “declared Marta Xargay a year ago. “I had to stop, because of the respect I have for this sport, to love it again. I take it as a long time-out. But I myself don’t know if it’s a definitive retirement, ”the Girona player said, months before she turned 30, to explain her withdrawal from the courts. In January, Anna Cruz announced her farewell to the national team with veiled reproaches to the coach, Lucas Mondelo. “The family is not treated like that. It is very difficult for me to deal with certain things on a day-to-day basis that do not conform to what I understand to be the professionalism of this sport: respect and dignity towards some professionals who have a successful career behind their backs, ”said Cruz 34 years old. Now it is Laura Nicholls who puts another point and apart. Three of the most successful players in the history of Spanish women’s basketball will not be present at this summer’s gigantic challenge.

Spain will face the European Championship in Valencia (June 17 to 27) and the Tokyo Games (July 23 to August 8) consecutively, with only 25 days of margin between one event and another. An unprecedented challenge that the team led by Mondelo began to prepare with a concentration last November in L’Alquería, after nine months without seeing each other due to the pandemic. The coach then summoned a group of 19 players, with the architects of the seven consecutive medals (Laia Palau, Laura Nicholls, Silvia Domínguez, Alba Torrens, Anna Cruz, Laura Gil and Astou Ndour), the powerful intermediate link (made up of Cristina Ouviña, Queralt Casas, Leo Rodríguez, Andrea Vilaró and María Conde, absent due to injury), the base of the generational change (Laura Quevedo, Belén Arrojo, Nogaye Lo, María Araujo, Paula Ginzo and Maite Cazorla) and two jewels of the future (the debutants Raquel Carrera and Aina Ayuso, 19 and 21 years old respectively, chosen three weeks ago in the draft of the WNBA). A list with eight players under the age of 25 with which Mondelo pointed to a transition like the one that occurred in the national team between 2008 and 2009 or between 2012 and 2014.

The “time out” taken by the essential Nicholls, the player with the most minutes on the court in the 2018 World Cup and the 2019 Eurobasket, pushes the relay to accelerate. Nicholls had not missed any championship with the national team since his debut in 2008, at the age of 19, in the Pre-Olympic en route to the Beijing Games. In his indefatigable curriculum: nine medals in 11 tournaments and ninth place in the historical ranking of internationalities. The presence of Raquel Carrera on the list was already taken for granted after her outstanding season with Valencia Basket, with a decisive role in the conquest of the Eurocup and the dispute of the final of the Endesa Women’s League, but now it seems essential to cover the hole that opens the absence of Nicholls. A delivery of witness, between two players with identical height (1.90m) and position, that anticipates a new time in a memorable team.