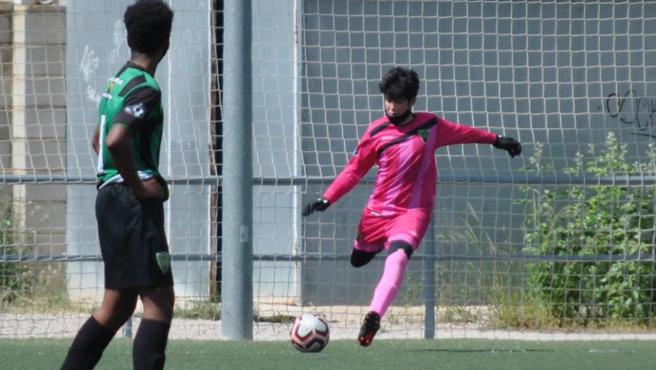 The tragic death of Karim, a boy of only 13 years old, drowned in the Ebro river has plunged the entire city of Saragossa. This boy’s dream was to become a professional footballer, and for that he had enrolled in a humble team in the city, The CF Hook, which is shattered.

Karim died with the team jersey on, that was his love for colors. This weekend all the teams will carry and a banner has been prepared that will bring out the first team with the message ‘DEP Karim, always in our hearts’.

The board of the team is receiving multiple messages of affection, which in some way they want to reach the family. “We are devastated. Very sad. His companions of the Infantil are very touched “, has recognized Jorge Pérez, sports director of the team that Karim joined last summer, in the Herald of Aragon. “When he came he said a phrase with which we stayed, ‘I am very excited to feel like a footballer’, and we have really gone like that, like the great goalkeeper that he was, with his shirt on,” they say.

In social networks they have left a farewell thread, in which they point out the pain that everyone feels. A hard loss for everyone, especially for his teammates.

The institute where he studied, Ramón y Cajal, will also carry out an act of remembrance: it is going to plant an olive tree so that it remains in everyone’s memory.