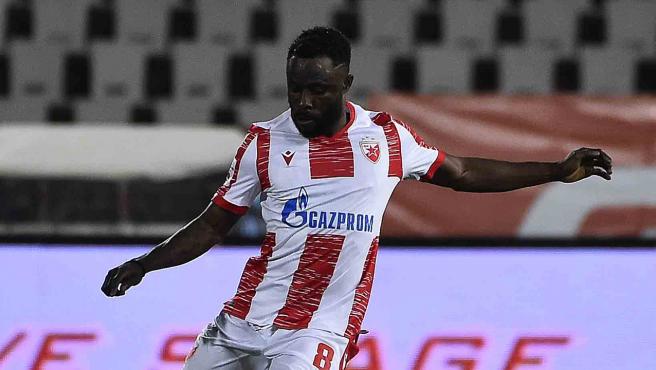 Midfielder Guelor Kanga is in the middle of a strong controversy due to his age or, rather, presumed age. The African Football Confederation has launched an investigation after finding that his date of birth does not match that of his mother’s death, which occurred four years earlier. Nor is it even clear that he is Gabonese, as his passport says.

Officially, the Red Star Belgrade footballer is 30 years old and was born in Oyem, Gabon, on September 1, 1990. However, the Federation of the Democratic Republic of the Congo affirms that this is not possible, since they know that his mother died in their country in 1986, and that he was born in Kinshasa in 1985.

The matter has reached the highest levels, but the CAF does not know who to believe. This Friday they had the third meeting on the matter and they have not yet made an official determination, which has their club and their own team, that of Gabon, since he is one of the most prominent footballers.

Suspicions point to Kanga’s mother faked her death in the Congo to travel under a false name to Gabon, where he lived many more years with another identity. What they must find out now is whether the documents that the footballer has carried have any sign of reality or not.

Both federations are debating whether the Gabonese birth certificate is legal, as it contains numerous suspicious details: it was issued three days after the footballer’s alleged birth, no address is recorded. From the Congo they assure that in reality his name is not Guelor Kanga but Kiaku Kiaku Kiangani and was born in Kinshasa on October 5, 1985.

Kanga (or Kiangani) remains calm. “I have no birth certificate, no identity card, or passport issued by the Democratic Republic of the Congo (…) I remain calm in the face of these Fecofa complaints,” he declared a few days ago.