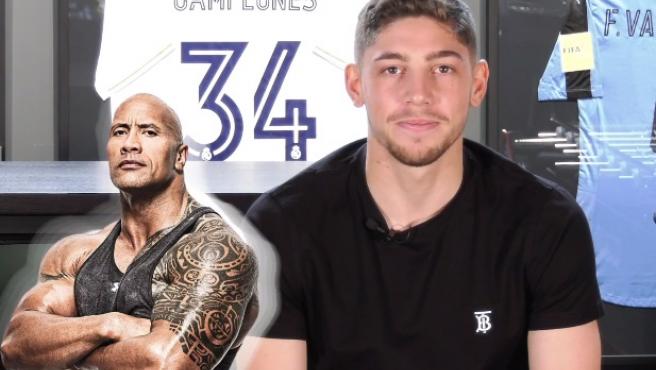 Fede Valverde, what He reappeared this Wednesday with Real Madrid after overcoming the Covid, launched his personal website a few days ago and wanted to reveal some details of his way of being and his tastes in a small test.

The Uruguayan reveals his favorite food, his movie or his sports idol, in a questionnaire in which his admiration for ‘The Rock’ (Dwayne Johnson, The Rock)Not only is he the celebrity he admires the most, but his favorite film is the ‘Fast ad Fourious’ saga, in which the former wrestler and actor is the protagonist.

Likewise, Valverde reveals that his football idol is very close to him: Toni Kroos. The German is one of the best midfielders in the world and a mirror in which the Uruguayan looks at himself every day.

As for his greatest wish, the ‘Pajarito’ is clear: “To continue being an example for children and to continue winning titles with Real Madrid.”