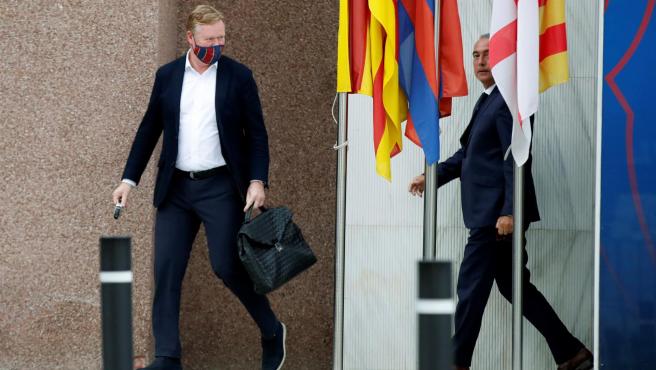 Ronald Koeman arrived at the offices of the FC Barcelona at around 8 p.m., together with his representative, Rob Jansen, to meet with the president Joan Laporta and with Mateu alemany. According to Rac1, the club and the coach have not decided anything definitive regarding the continuity of the coach, so they have called for new meetings and no option is ruled out.

The Blaugrana coach he only spent half an hour in the club’s premises. According to the information from Rac1, Koeman is still Barça coach, although his future is not at all resolved.

Recently, Koeman commented that he has a contract with FC Barcelona. A point of view that contrasts with that of President Joan Laporta, who has advocated a change in the cycle and a new direction in the Catalan team.