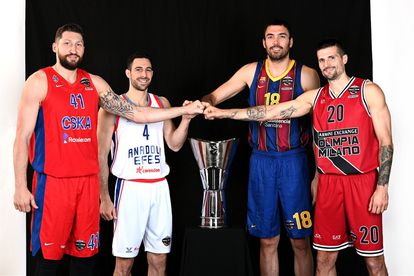 Seven years is an eternity in sport, the time it took for Barcelona to return to the dance of the last four suitors for the top European basketball title. The 63rd round of the Euroleague is underlined by the conditions. The season was canceled in 2020 due to the pandemic and the German authorities do not authorize the attendance of spectators in the final phase that takes place in the Lanxess in Cologne. Everything makes the conclave more intriguing and exciting. Armani Milan, led by Ettore Messina and rival of Barça this Friday in the semifinals (9:00 p.m., DAZN and Movistar +), must go back much further to find vestiges of his glory, the titles in 1987 and 1988, to which Mike D led him ‘Antoni, now 70, an assistant coach with the Brooklyn Nets and then the point guard who fed two legendary centers, Dino Meneghin and Bob McAdoo.

In the other semifinal (18.30), CSKA Moscow, the current champion, although two years have passed since he won the title, and Anadolu Efes, rival of the Russian team now and also in that final of 2019 in Vitoria. The loss of point guard Mike James who, after a disagreement with his coach, Dimitrios Itoudis, signed for Brooklyn in April, does not seem to have affected the Moscow team, second in the historical standings with eight titles, only surpassed by Real Madrid’s 10, absent in Cologne after having competed in six of the last seven finals.

So many things have changed since Barcelona’s last appearance in the finals that its then leader, Juan Carlos Navarro, now oversees from the stands as sports director. And Nikola Mirotic, one of Barça’s executioners in that 2014 semi-final in which he was overwhelmed (62-100) by Madrid, changed sides after a half-way through five seasons in the NBA. The Montenegrin is one of the benchmarks of the competition, the best in the regular phase according to the valuation statistics, although the award for the best of the season (MVP) went to Micic, the Serbian point guard of Anadolu. The Montenegrin power forward faces, at club level, his first opportunity to meet the expectations that he set. “I want to mark an era”, he announced when he was presented at the Palau Blaugrana in July 2019. Barcelona redoubled its bet with other top-tier signings, the arrival of Calathes and Saras Jasikevicius as coach, and finally the incorporation of Pau Gasol in April. The team won the Cup and finished the regular phase of the Euroleague in first place, although they suffered to eliminate Zenit in the quarter-finals. Now, he aspires to his third European title, after 2003, with Pesic as coach and Bodiroga as leader, and 2010, with Xavi Pascual on the bench and Navarro and Ricky Rubio in command of operations.

His stumbling block to reach the final is Milan, driven by two bases he knows well: Malcolm Delaney, who left the Barça team in March 2020 offended because they did not offer him the renewal, and Sergio Rodríguez, Barça’s rival all his life with Madrid, with CSKA – they won a Euroleague each – or for two years with Milan. Along with them, Shields and Punter as gunners, forwards Datome and Micov, and quality centers like Brooks, Leday and Hines. A good team in an amazing tournament.