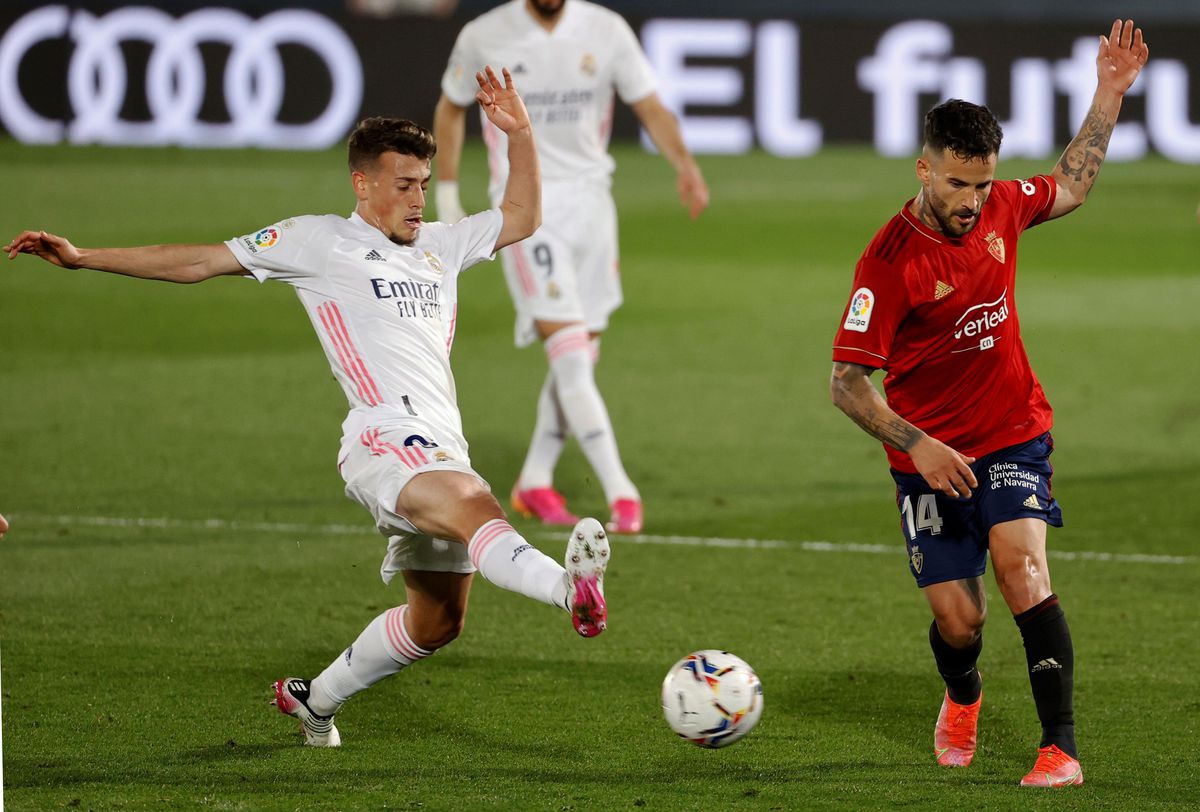 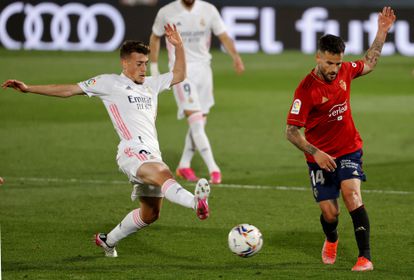 Last season Zinedine Zidane did not use any player from the reserve team for a single second in any competition, something that had not happened at Real Madrid since 2007/08 with Bernd Schuster on the bench. This course, however, has already given reel to six Castilla players, especially in this final stretch. In the last two weeks, against Getafe and Osasuna, games with many urgencies for the League, he ended them with three footballers from the subsidiary on the grass. There are no apparent signs, however, that the French coach’s underlying policy has taken a radical turn in this section. Rather, it has been the injuries (over fifty), the covid and the strenuous calendar the reasons that have pushed young people to the first team in the vast majority of cases at this very delicate moment.

At the end of February, when the whites traveled to Bergamo with nine casualties to play the first leg of the Champions League round of 16 against Atalanta, Zizou was asked about the possibilities that a youth squad could settle in the big Valdebebas dressing room by jumping directly from the Castilla. The reflection revealed his doubts about it. “For that he has to play and it is difficult. For this reason, many go away. They do well and can come back. We have many cases. The important thing is that one day they play in First Division and for that they prepare. Being in the quarry and playing for Madrid right away is more complicated. But hey, it can happen, “he said then.

Zidane coached Castilla for a campaign and a half, between 2014 and 2016, a period in which he directed, among others, Odegaard, Marcos Llorente, Raúl de Tomás, Mayoral and Mariano. This stage of tutelage, however, did not leave him with a special spirit to take that leap into the void that always involves throwing a novice into the ring. He hasn’t done it so far, at least. The previous year, without so many physical problems and with a more manageable schedule within the disorder of the pandemic, no youngster’s hair was seen. But in this, first due to injuries and now also due to the dangerous accumulation of matches, fatigue and coronavirus, the needs have been different.

Marvin Park (20 years old), Sergio Arribas (19), Víctor Chust (21), Antonio Blanco (20), Miguel Gutiérrez (19) and Hugo Duro (21) have been chosen so far. Except for the last one, loaned by Getafe last summer (he had minutes with Bordalás the three previous seasons), the rest belong to the litter that won the Youth League the previous summer, the Champions League of the quarries, with Raúl at the helm.

Already in the league debut in Anoeta, Marvin and Arribas appeared to break the tie (0-0), a remedy that surprised because Jovic and Mayoral were in the band and that sounded more like an internal message, with the transfer market still open, than a bet decided by both. However, they were the first castillistas with Zidane’s first team since his goalkeeper son, Luca, played an inconsequential match against Villarreal in May 2018 before the final in Kiev.

Except for a brief participation by Arribas against Gladbach in December, there was no more trace of homegrown players until the end of January, when the number of injuries began to multiply. From then on, Marvin left the lane start against Getafe due to the absence of defenses. Hugo Duro had minutes from the bench in the three consecutive games (Atalanta, Valladolid and Real Sociedad) that Benzema missed due to injury. The central Chust was the alternative in the usual rest to the starters of the first round of the cup that later ended in a sinister and two weeks ago when there were no more options when visiting the Coliseum. And Miguel Gutiérrez has had two brief interventions in Carranza and on Saturday against Osasuna.

Those who have left the most mark are Arribas and Blanco, who together with Miguel are the three best placed now among the debutants. The first two, middle, have benefited from the transfer of Odegaard, the poor health of Valverde and the need for rest for Modric and Kroos and the collapse of Isco, who in recent weeks has seen Blanco’s slipstream.

The young Andalusian is the one who captures all eyes in this final stretch for his sobriety in the positional game with Casemiro. Against the Navarrese, he was the second with the most good passes (74) and the most balls recovered (8) after the Brazilian (76 and 12), and the one with the most anticipations (two). In many plays, he stayed to contain and it was Casemiro, author of the 2-0 against Osasuna, who fell off the hook.

Son of a married couple dedicated to the street vending of vegetables in a small and prosperous Cordovan municipality (Montalbán, 4,500 inhabitants) dedicated to the cultivation of garlic, melon and olive groves, he arrived in Valdebebas in 2013. He is the youngest of two brothers and According to his closest surroundings, his father saw the eldest, Juan (26 years old, captain of the Montalbeño), “with more quality.”

Antonio was also surveyed by Barcelona, ​​the team of family sympathies, all captivated by Guardiola’s golden years, but the greater proximity to the capital and the facilities made him opt for merengue. He made his debut as a child at the Nuevo Calvario stadium in his town, a name not at all premonitory until this moment in his career (he was the under-19 European champion with Spain), and those who saw him play from pre-baby still recognize on the Di Stéfano pitch the same kid who rarely shows himself nervous. In the last month, it is the great novelty in this Madrid of Zidane who had no choice but to look down.