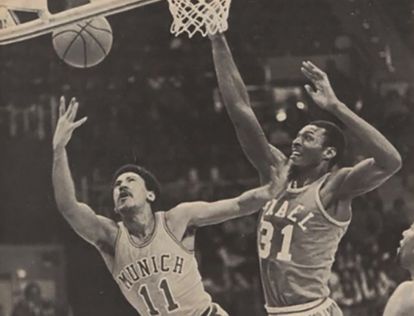 In 1975 European basketball experienced a failed attempt at a new European competition, in the style of football with the Super League today. That was called the European Professional Basket League (EPBL) and it involved, in its first and only edition, five European countries, including Spain.

The promoter was Mike Storen, president of the American Basket Association, a so-called NBA competitor who stayed in a second echelon until he disappeared. His contact in Europe was Guy Van Den Broeck, Belgian coach, who in turn recruited Marcel Leclerc, owner of the sports newspaper in France But! and former president of Olympique de Marseille, with a dark and dark in his management (he was elevated from Second to Cup champion, but he was prosecuted for passing money from the club to his companies).

In Spain the idea found an echo in Carlos Pardo, a renowned Barcelona journalist very open to organizing sporting events from abroad. He promoted tours of the Harlem Globetrotters and the Six Cycling Days of Madrid, among other initiatives. In the summer of 1974 the organizers were optimistic: they had franchises running in England, France, Spain (two), Switzerland, Germany, Holland, Belgium, Israel and Italy and they were counting on starting in November. They would not be supplied with NBA or ABA players, so as not to create a salary competition, but with those who did not reach those categories.

Basketball was amateur in Europe. Brown amateur, but officially amateur. FIBA opposed head-on, threatening suspensions to anyone who intervened, be they a player, manager or coach (Van den Broeck left for fear of losing his coach position in Belgium) and any club that gave up their installation.

That forced the organizers, formed into an association called the International Basket Association (IBA), to negotiate. FIBA entrusted the task to Saporta and Stankovic, very hard to crack. In that struggle, John Coburn, who was the leading voice at that time, abandoned strong American investors. The final name of the European Professional Basket League (EPBL) was adopted, under FIBA ​​discipline, whose requirements were:

2. The federations would decide which facilities could be used, so as not to interfere with their ongoing championships.

3. The majority of the players would be Americans, only Europeans over 30 years of age authorized by their respective federation could join, it was understood that because they were not considered useful for the national team.

4. The number of parties, initially planned at 62, would be reduced to 40.

By then it was believed to have eight firm registrations between England, France, Belgium, Israel, Switzerland, Germany and the two from Spain, who should each play 60 games, with very repeated confrontations between them. The budget for each franchise would be $ 500,000. Each had 10 players. With 6,000 spectators per game, it would become profitable.

That’s when London came down. To maintain parity, the two Spanish franchises from the beginning (Catalan Estels and Madrid Superstars) were merged into one, Iberian Superstars, which would alternate in the two cities. At the moment of truth he would only play in Catalonia, because Saporta put insurmountable difficulties for them to play in Madrid. The new parity broke down when France withdrew, but the promoters went ahead.

On January 17, 1975, the first match between the Munich Eagles and Israel Sabras was played in Munich (Sabras is the word that designated Jews born in Palestine before the creation of the State of Israel; today it is extended to all Jews born there ). The ball in the air was thrown by FIBA ​​President William Jones, another demand from the organizers. The remaining teams were the Belgium Lions, the Swiss Alps and the aforementioned Iberian Superstars. Five in all. Each had to play 10 times against everyone else, five at home and five away. NBA rules were used.

Although striking for the power and stature of the players (more than half were over two meters, a stature that could hardly be seen here), the European public saw it as a washed-out and confusing game. And there was also no mentality to keep the attention towards so many repeated matches. The tickets barely exceeded 1,000 spectators at the beginning and soon fell below 500. In March it was announced that the calendar was being shortened by 10 games, giving way to some playoff in the top three by a double KO system. Not even that came out. The Lions and the Alps refused on their turn to travel to Israel, citing security concerns. Israel Sabras was declared the victor.

Before disbanding, the Iberian Superstars challenged Madrid and Barcelona, ​​who did not respond. German Cup champion SSV Hage did agree to play the Munich Eagles, who won.

It was the only consolation of the organizers, whose failure dragged the ABA, which died the following year.