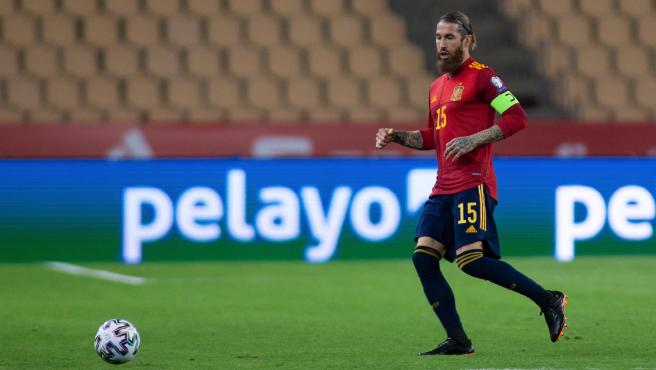 On Monday, May 24, at the headquarters of the Ciudad del Fútbol of Las Rozas, the 26 names of the players of the Spanish team who will be summoned by Luis Enrique for the dispute of the Euro 2020 And, right now, no one dares to make a pool of who will be chosen without risking failing no less than 10 players.

It can be seen as a great sign of competitiveness or as a great defect, depending on the prism you look at, but the truth is that in recent years there has not been a defined block in the Spanish soccer team. Luis Enrique has always pointed out that this is due to the great quality that exists in Spanish football, which in part explains why there is called 57 different footballers since he was coach.

It is practically impossible to make a fixed eleven, and any fan has serious doubts on all lines. Not even the goal, which is a reasonably fixed position in other teams, has a guaranteed name, and less when in the last dates Unai Simon has been much more hesitant than in March, when he started in the three games (he did not leave good feelings) qualifying for the Qatar World Cup 2022.

The problems with the goal, the state of form of fixed as Sergio Busquets or Jordi Alba, the difficulties to fit a team in conditions … It will not be easy for the coach to choose his 26 selected, but among the many doubts that exist in that long list (they will not be 23 as usual due to the health situation), there is one that already round the minds of some journalists and fans of the ‘Roja’: Can this Euro become the first time in history that no Real Madrid player has been called up?

There was a time when the Spanish team was made up of footballers from Real Madrid and Barcelona mainly, with some from other teams. Right now, that preponderance has disappeared: they may well be the Villarreal or even the Manchester City who hold that honor.

The captaincy of Sergio Ramos at Real Madrid and the Spanish national team they are beyond any doubt. The Sevillian center-back has an ancestry in the two changing rooms that have earned him the respect of the most veteran, whatever the team, and the admiration of the younger ones, one of the great bets of Luis Enrique.

However, his state of form generates many doubts. Already in the March concentration he made it clear that he is totally out of focus and has barely played minutes with Madrid this year, especially in this final stretch. His records of participations with Spain (He has a shot at becoming the international with the most matches in football history) are an argument to convince Luis Enrique, his preponderance over the dressing room and little else, because his form is not. The nationalization of Aymeric laporte.

In the same way, neither Isco, Asensio far from it Dani carvajal (injured) have many options to be called by the coach, with Nacho Fernandez practically as the only clear option from Real Madrid on merits and not by name. The center-back has long since passed that fame of “compliant” and his end of the year makes him deserve the call, but the precedents are not good: it does not count for Luis Enrique. His last match with Spain was in 2018.

The fatigue that the white players drag and the large number of minutes they have on their legs play against the interests of the national team. The cases of Carvajal or Ramos are the most obvious, but the other selectable ones are not fine either. The same problems that Zidane has, on a scale, Luis Enrique will have when he looks at the situation of the white team. And that can lead to a statistic as unexpected as it is historical: will there be a call-up for the Spanish team without any Real Madrid player?