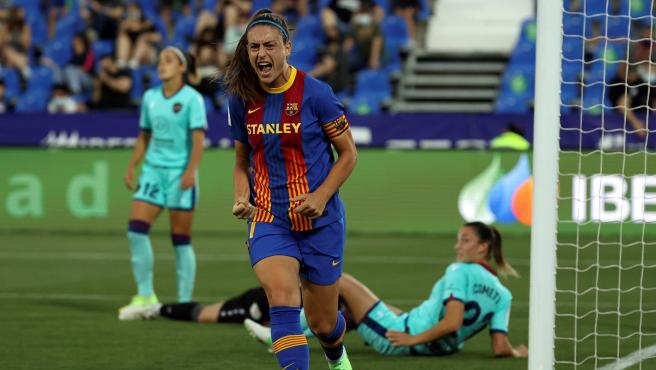 The president of the Higher Sports Council (CSD), Jose Manuel Franco, announced this Tuesday in Congress that this body will declare top-flight women’s football professional on the 15th.

“Our commitment to equality in the sports field is going to take shape in a historic milestone. I have wanted it to be in my first appearance in parliament and before this chamber, where I solemnly announce to you that the next June 15, the Higher Sports Council will declare top-category women’s football professional“, He said.

Franco pointed out that he hopes “to have the unanimous support of the entire sports and political establishment, because advancing in equality matters is a global benefit for society as a whole, it is a symptom of good democratic health and of public policies aimed at creating more societies. free and fair “.

“It is a challenge for each and everyone, and the Higher Sports Council will lead it“He added after insisting on the government’s commitment to equality in sports, with also economic measures such as multiplying the budget allocation for this matter by 10 compared to the previous year.

In his first speech at the Culture and Sports committee, two months after taking office, Franco highlighted the sports public policies to end the lack of opportunities suffered by female athletes, technicians, managers and directors, as well as the initiative of the CSD to design a protocol for the prevention and detection of sexual harassment and abuse and the creation of an Observatory of Equality in Sports.

He also listed the five pillars on which the first equality strategy of the CSD is based, which are the promotion of sports practice in equality; the increase in the number of coaches, technicians and judges; the increased presence of women in leadership positions in sports organizations; the prevention of violence against women and the use of inclusive language and communication in a gender key.

Franco spoke of the regulatory reforms that the Government is going to undertake and stressed that the future sports law, which will renew the 1990 law, will contain precepts to ensure effective equality between men and women, with “special emphasis on some bleeding situation such as lack of protection suffered by pregnant sportswomen “.

“We will not remain indifferent to the historical helplessness of sportswomenWe are especially sensitive to your situation of vulnerability and we will not take a step back. Sports and equality will be a beacon of reference throughout the legislature, “he indicated after announcing that the law will fight against any type of discrimination that affects the rights of the LGTBI collective,” as an express recognition of a plural society and respect for diversity. “