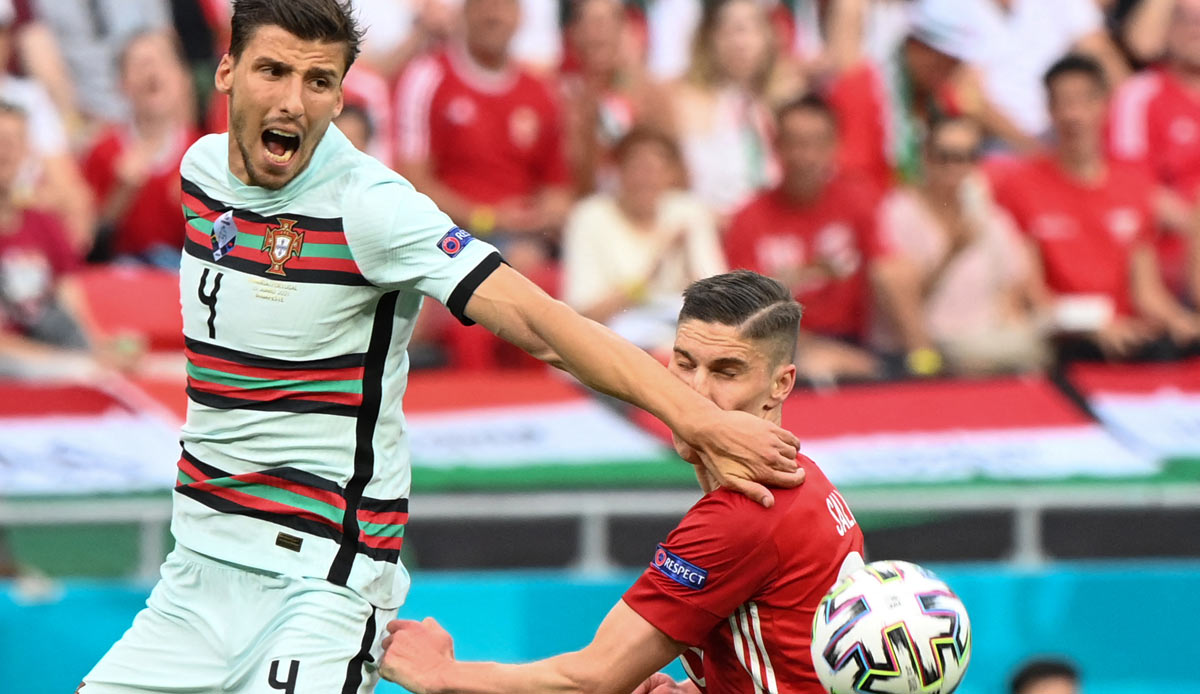 If you don’t score, you can’t win. That is why the German national team has committed itself to developing more offensive power than in the duel with the French for the second European Championship group game against Portugal (from 6 p.m. in LIVETICKER). It won’t get any easier – just because of Ruben Dias.

“Portugal,” said Joachim Löw at the press conference on Friday evening in the Munich Hilton Hotel, “is not a one-man show.” Although Cristiano Ronaldo could “move more than Coke bottles”, the offensive of the European champions from 2016 was overall “with a lot of world class”.

But it’s not just the offensive that distinguishes Fernando Santos’ team. The record of only one defeat and seven goals conceded in the last ten competitive games is also due to the fact that the Portuguese defense is at a top level.

A defense in which Kepler Laveran de Lima Ferreira alias Pepe is still in charge. The meanwhile 38-year-old, but still ripped-off veteran of FC Porto is contesting his last European Championship. Santos doesn’t have to worry about his successor as head of defense. With Ruben Dias he already has one of the best central defenders in Europe. Pepe’s partner, under contract with Manchester City, was recently named the best player of the previous Premier League season.

Who is Dias? The 24-year-old grew up in Amadora, a suburb of Lisbon, and trained at Benfica before making his professional debut in 2017. A year later he also celebrated his premiere for the Portuguese national team and made it into the squad for the 2018 World Cup. All of this without scandals, without background noise. Just with hard work. At this point, several top clubs were already showing interest in him, but Dias preferred to stay in Lisbon. Only last summer he moved to Pep Guardiola’s team for 68 million euros. A proud price, which, according to Guardiola, paid off.

“The Premier League,” says Dias himself, “is a good school for attaining the highest level. I developed further in England.” The right foot stands for clean but uncompromising duel – even if he shouldn’t have complained about yellow-red in the opening game of the Portuguese against Hungary (3-0) after he touched a player in the face with his hand in an air duel .

In the duel with the Germans, he is gradually heading for his 60th competitive game in the past twelve months. “No problem,” he says, “I’m fit and want to show that I’m strong.” It won’t be easier for the German attackers around Serge Gnabry, Thomas Müller and Co. than against Raphael Varane and Presnel Kimpembe. High balls in particular are unlikely to be very promising against Portugal’s central defender duo (Dias is 1.87 meters, Pepe 1.88 meters).