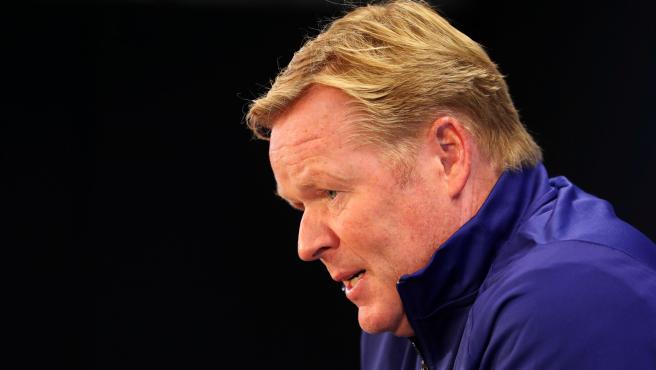 The tenant of the bench Barça for the next season is, once again, a real question mark. The end of the season that the team has had with Koeman at the front may be the grave of the Dutchman as a culé coach. The Catalans could fight for LaLiga but have scored only 5 points in the last 5 games, ending any hope of being champions.

Media close to the club assure that Koeman is “99%” out of plans for next season. However, the Dutchman has one year left on his contract and the settlement aims to be the great obstacle, in the event that it is decided to stop him as coach.

Anyway, it must be remembered that Koeman managed to turn around the critical situation that the club was experiencing, twelve points behind the leader in the table and on more than one occasion with a foot and a half out of the Cup (before coming back two goals ahead in the qualifying rounds against Granada and Sevilla) to end up winning it.

He has also managed to settle in the first team a generation of young players who have emerged as important footballers this season, such as Pedri, Araujo or Mingueza. As a double-edged sword, your 3-5-2. Despite having generated a division of opinions due to the fact of playing with three centrals, it has been quite effective to get the best out of players like Busquets or De Jong.

Faced with this situation, a familiar name has sounded again in the Camp Nou offices: that of Xavi Hernandez. That the historic midfielder ends up as Barça coach seems only a matter of time and a part of the board chaired by Joan Laporta wants kill Koeman already so that the ‘6’ makes the big leap for next season.

However, according to COPE, Xavi’s arrival continues to generate discrepancy between the board of directors and the sports management, since the Catalan has only directed in Qatari football, far from the level of the European elite. With Al-Sadd, he was proclaimed league champion this season and recently renewed his contract, albeit with a release clause in case Barça knocked on his door.

In all this media storm that shakes the Barça entity, precisely Xavi landed this Monday in Barcelona on vacation, according to the official version. Of course, he did it with 9 suitcases, and 21 packages in total, They have drawn attention and raised questions about the purpose of your trip. When he was hunted on his arrival at the El Prat airport, the one in Tarrasa was clear, assuring that “I don’t know anything, I’m on vacation, really”, but the coach’s break looks like it will be anything but quiet.

In addition to Xavi’s, other names that have already been on the radar of FC Barcelona at other times have sounded less strongly. It is the case of Mikel Arteta (Arsenal), Erik ten hag (Ajax) or Francisco Javier Garcia Pepper (Barça B), who has managed to lead the team to the playoffs for promotion to Second in consecutive seasons. However, none of these technicians finish convincing in the club, favoring the idea of ​​giving continuity to Koeman’s project.