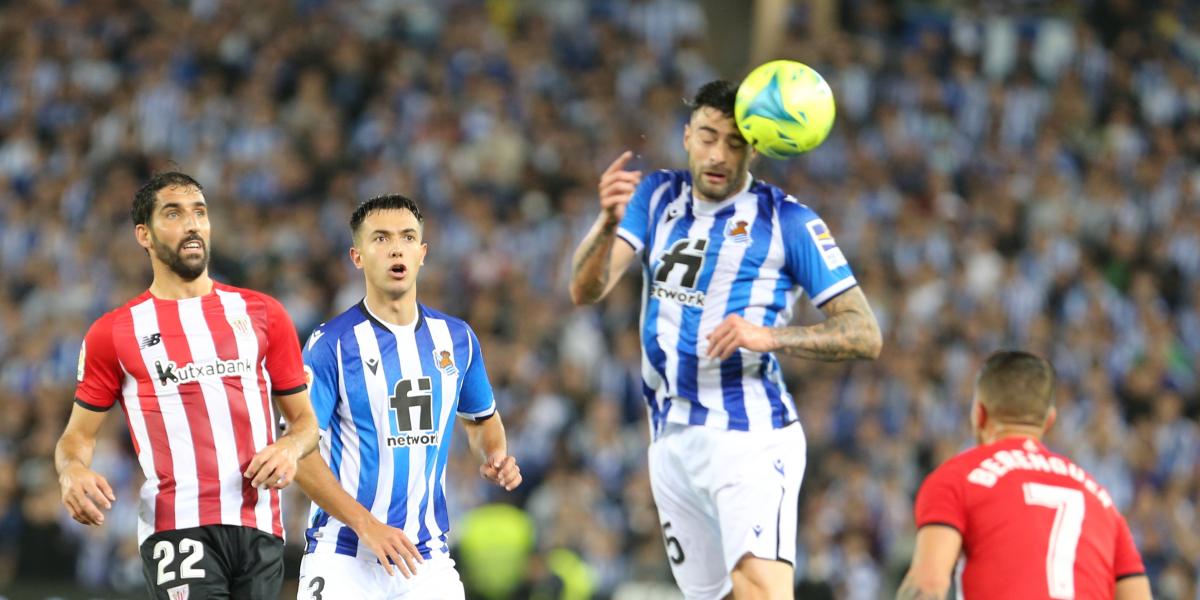 THE BEST: Zubimendi takes over the derby with a large assortment

Remarkable performance by Martin Zubimendi. If someone wondered how many games he has played against Athletic, with maximum tension, he would not be surprised if they tried to sneak the pious joke that he has played them all his life. Colossus in the divided balls, was responsible for the Real jam taking air with repeated and precise openings to the band. He leaned on the sides, changed the orientation of the ball with kilometer diagonals and looked for the vanguard vertically. He is the best pivot that Imanol can have right now, long.

Clamorous failure in the 90th minute that cost the victory, dejected at the end of the game. He wanted to deflect a foul with his fists to catch the ball. In the first minute he was late against Williams. Uncertain to overlook, he made a stop to Berenguer.

Focused on complying with the defensive record, he chose the climbs. In the baseline he lacked a decision to cross, except before the penalty: he was the one who sent the ball into the area.

He snatched two goals from Williams, one without a goalkeeper. Impressive. At his best since he’s been a professional. Very fast and attentive.

Specialized in reaching cover at full speed on the left side. Powerful overlooked. Patient to find a receiver on the first pass.

Compelling debut as a starter. Without wrinkling at any time to stand up in duels, good touch on the pass. He cheered for the stands in one corner.

In all the vertices of the center, they were seen with each Athletic medium to win the game on almost every occasion. Object of the penalty that Iñigo committed when he was about to shoot in front of the goalkeeper.

At the wheel of transitions carrying the ball sewn to the boot. La Real needed to find the Gran Canaria more assiduously. A throw very far from the goal.

A sticky Lekue followed him into the locker room if necessary. Implicated response from the Belgian, who never hid looking more for the pass than the dribble.

Author of the goal on the penalty in an unappealable execution, creator of the best chances and provocateur of the expulsion of Iñigo Martínez. He is a star and as such he intervened in the derby. And that he played 75 minutes on the wings, out of his natural position.

Isolated from the even general battle, he was unable to hold long balls. He tried to finish off the remanguillé in the center of the penalty and headed wide.

Lacks clarity due to excess voltage.

He knocked on the door after thinking twice.

To the shock with everything he had.

He committed the fault that Remiro ate for dinner.