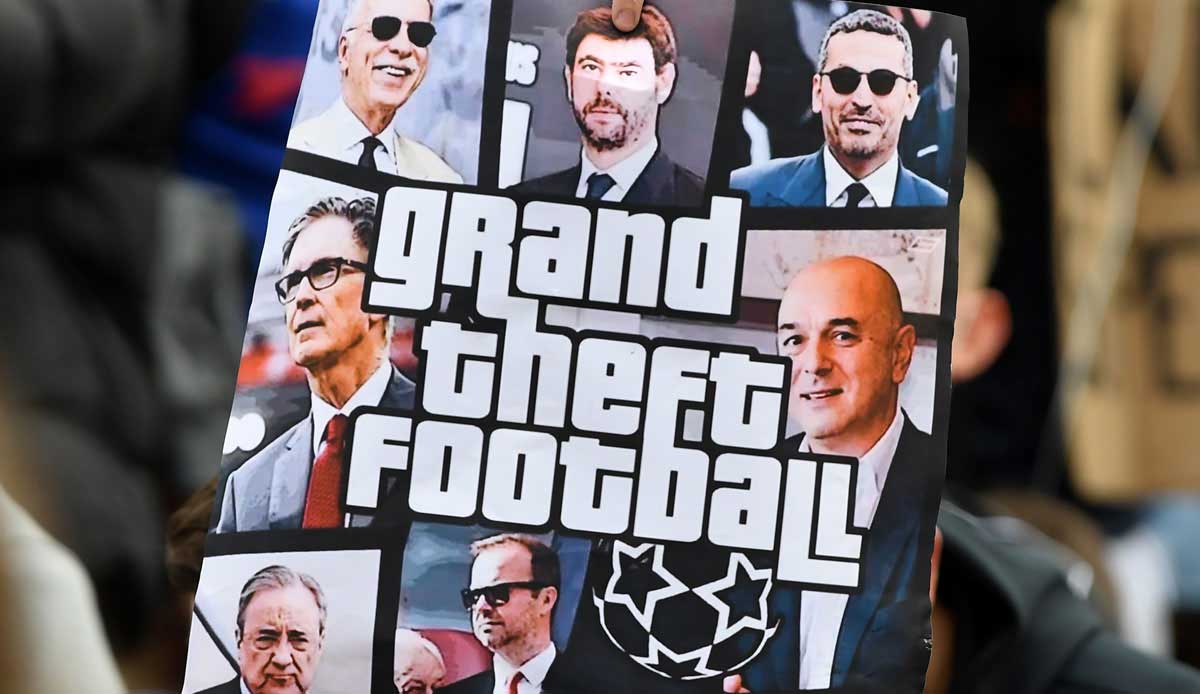 Nine founding members of the Super League have been reintegrated under sanctions from UEFA. Against Juventus Turin, Real Madrid and FC Barcelona, ​​however, the association wants to act with all severity.

Expensive penalties for nine of the twelve renegades, legal hardship against the three “incorrigible”: UEFA has reintegrated the majority of the founding members of the crashing Super League by imposing severe sanctions.

Against Real Madrid, FC Barcelona and Juventus Turin, who, according to the association’s announcement on Friday evening, “have so far refused to swear off the so-called Super League”, the continental association wants to proceed with all legal harshness – the economically troubled high nobility of European club football are threatened with far higher levels Punish.

UEFA reserves “all rights to take all measures it deems appropriate” against these three clubs, the names of which were not mentioned in the almost 500-word press release: “The matter will be referred immediately to the appropriate UEFA disciplinary bodies.”

The other founding members of the Stillborn Super League, on the other hand, have probably repented in a real Canossagang. “In the spirit of reconciliation and for the benefit of European football,” nine of the twelve “clubs involved in the so-called Super League project” have submitted a declaration of commitment to UEFA, it says in the style of the continental association: “These nine clubs recognize and accept that the Super League project was a mistake and we apologize to the fans, the national associations, the national leagues, the other European clubs and UEFA. “

UEFA and CL reform: only a Super League light

A formal confirmation of the obligations and the manner of reintegration has already been agreed and signed by the nine clubs.

These clubs will donate a total of 15 million euros to promote youth and grassroots football. They have to leave five percent of the income from a European Cup season to UEFA for redistribution. The clubs also undertook to pay 100 million euros, among other things, should they “try to take part in an unapproved competition” in the future.

They are also required to “take part in UEFA competitions whenever they qualify” and to become members of the club association ECA again. The most important thing: The clubs should do everything “to resolve any contractual agreement with the Super League”.

Real, Barca and Juventus could rely on this. Real president Florentino Perez as one of the main initiators of the super league, which failed due to massive fan protests on April 21 and only a good two days after its proclamation, at least last said the radio station Cadena Serthat the Super League project is on “stand-by”.

When asked if it was wrong to think that the competition is now dead, Perez replied, “Definitely. We are working on it. It will come out with what the world thinks is best for.” Meanwhile, in the midst of the Super League turmoil, UEFA pushed through its controversial Champions League reform, which more than a few claim is a Super League light.