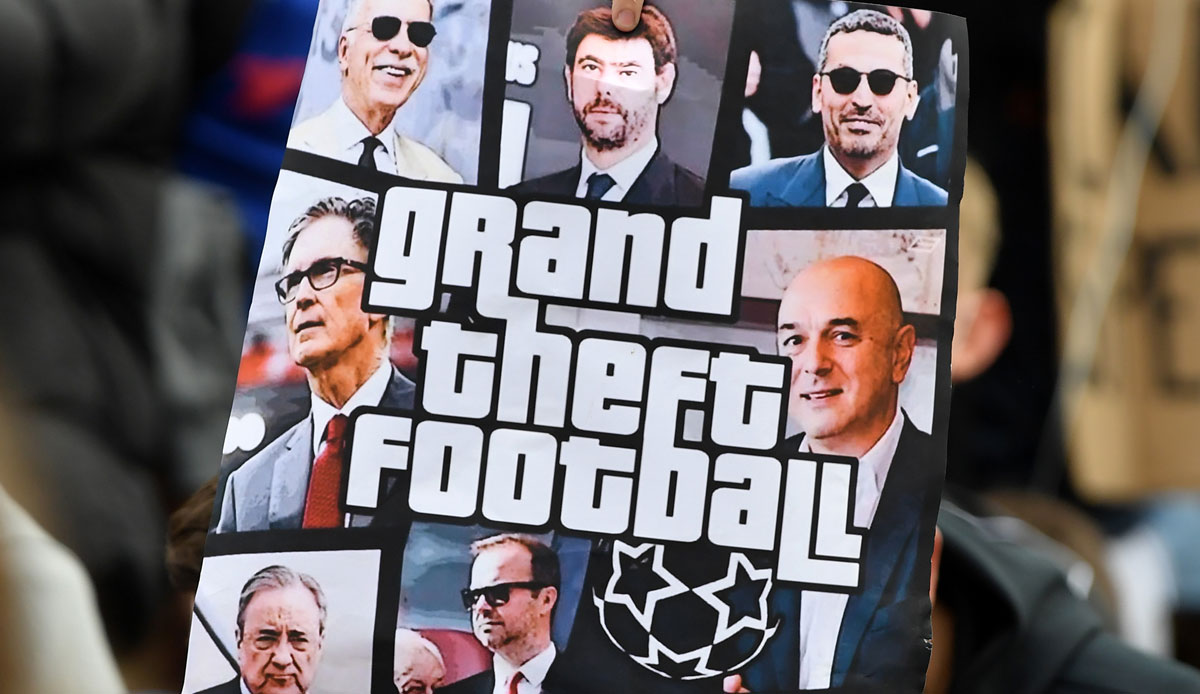 FC Barcelona, ​​Real Madrid and Juventus Turin responded in a joint statement on Saturday to the impending disciplinary measures on the part of UEFA due to their plans to establish a European Super League and made serious allegations against the association.

UEFA threatens the three “incorrigible” with the toughest educational measures, but the incorrigible Super League trio remains defiant – and plays the next trick on the continental association. In a joint statement that amounts to a massive counterattack, Real Madrid, FC Barcelona and Juventus Turin attack the governing body. Your unmistakable message: We are the good guys – and we’re stubborn.

With the establishment of the rich league, the European high nobility only acted “for the good of football” and felt “the obligation to persevere,” he said. The UEFA is completely different: The association continues to refuse any discussions about the initially crashing Super League plans, it said. Instead, only “unacceptable threats and continued, unbearable pressure” would come.

In addition, it is alleged that UEFA, like the world governing body FIFA, has already been legally prohibited from taking action against the establishment of the new elite class. A statement that will hardly go unchallenged and that should further fuel the debate.

Real, Barca and Juventus emphasize that the original twelve Super League clubs had only ever wanted to implement their plan with the approval of “UEFA and / or FIFA”. It was also never planned to leave the respective national leagues. Furthermore, they repeat their well-known arguments for their plans, which have been criticized by fans all over the world: financial stability in difficult times, a solidarity fund for smaller clubs, more attention also for women’s football.

The other founding members of the Stillborn Super League, on the other hand, have probably repented in a Canossagang. “In a spirit of reconciliation and for the benefit of European football,” the nine penitentiary admitted that the project “was a mistake,” said UEFA. The clubs apologized to the fans, national associations, leagues, other clubs and the continental association. And: In addition to the obligation to provide financial compensation, they guaranteed “to resolve any contractual agreement with the Super League”.

These are the six English clubs Liverpool FC, Manchester City, Manchester United, Tottenham Hotspur, Arsenal FC and Chelsea FC, as well as AC and Inter Milan from Italy and Atletico Madrid. City and Chelsea will contest the final of the “UEFA Champions League” on May 29th.

The clubs mentioned will donate a total of 15 million euros to promote youth and grassroots football, said UEFA. They also have to give her five percent of the earnings from a European Cup season for redistribution.

Should Liverpool and Co. fall over again and again make common cause with the “incorrigible”, a fine of 100 million euros would be due, among other things. Real and Co. are not impressed: They want to keep fighting – for what they consider to be a just cause.