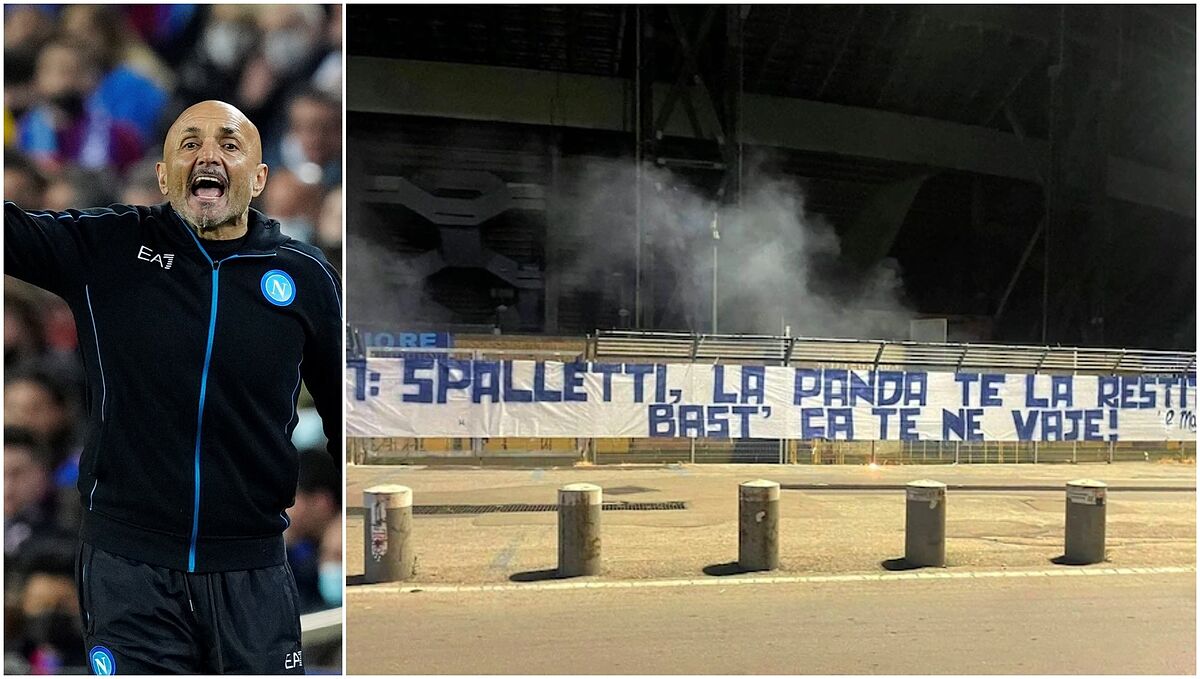 yeswith complicated moments in Naples. Neither the fans nor the team have yet assimilated the fall regarding the fight for the ‘Scudetto’ and, at least for now, the classification for the next Champions League (already mathematical) seems insufficient.

In this context of tension, a banner demanding the departure of Luciano Spalletti of Naples appeared in the outskirts of the Diego Armando Maradona stadium late on Wednesday. The banner, written in Neapolitan dialect, read: “10-16-21: Spalletti, we’ll give you your Panda back…as long as you leave!”

It was signed by “thieves” (according to ‘Corriere dello Sport’ they are one section among many within Napoli’s Ultras), and the suggestion is that the people who stole Spalletti’s Fiat Panda from under his hotel room on the night of October 16 Last year they would return it to him as long as the Tuscan coach left the club.

A few days ago, however, Aurelius DeLaurentiis, owner of the club, confirmed Spalletti in the position. Banners have also appeared against him. All have been repudiated by the Italian press, highlighting that they do not represent all the Napoli fans, however disappointed they may be at the moment.

It should be remembered that before the game two days ago against Sassuolo, eggs were thrown at the team bus and then they were delivered to captain Lorenzo Insigne to distribute among the entire squad. They would end up winning that game 6-1 against a semi-empty Maradona.