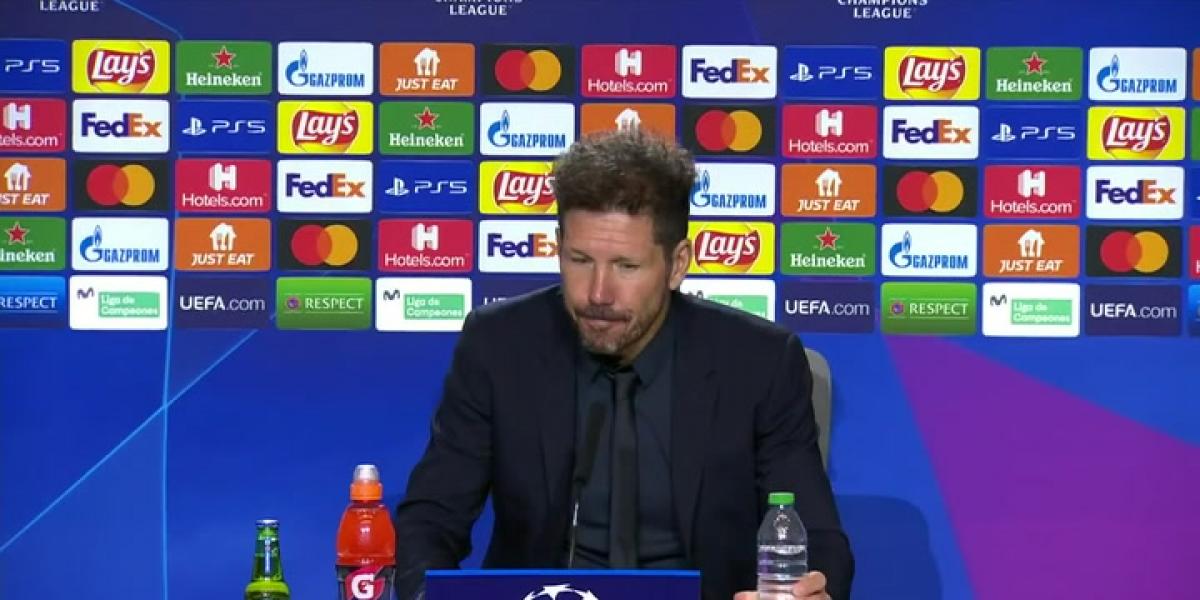 Diego Pablo Simeone surprised everyone with his statements after the defeat against Milan. El Cholo once again gave a show of faith in Atlético de Madrid.

“I do not agree. They gave it their all in attitude. Not a reproach. In the first half the game was seen. A game that we did many good things. We lacked a better choice in the last meters. Neither they had scoring chances, and neither did we. In the second part, we had some from Lemar. The details this time were in favor of Milan, and not for us.

The most complicated group

“We have always had a difficult one. I am optimistic, and I will not change. The team will compete very well in the last match. The Champions does not forgive you. The one who deserves it passes. Milan and Porto have a chance to win at home, and we as visitors. Whoever succeeds will pass “

“The players did not know the result of the other game. We went looking to refresh the sides. We wanted to bring freshness upstairs with Cunha and Correa. After half an hour the game was not being balanced. They found the goal and we couldn’t score Cunha’s ”.

“The Champions League is complex, it is difficult. We face very competitive rivals. The game against Liverpool was tight, we didn’t play a game to lose. It is what it is. Now we have to look for victory in the last game ”.

“Today I am more optimistic than ever, because we are alive. If we have life, we are complicated ”.

“I am always the first to explain when I understand that I was not lucid in the changes. I don’t think about it today. We refeed the sides, we got Cunha and Correa fresh. No”.