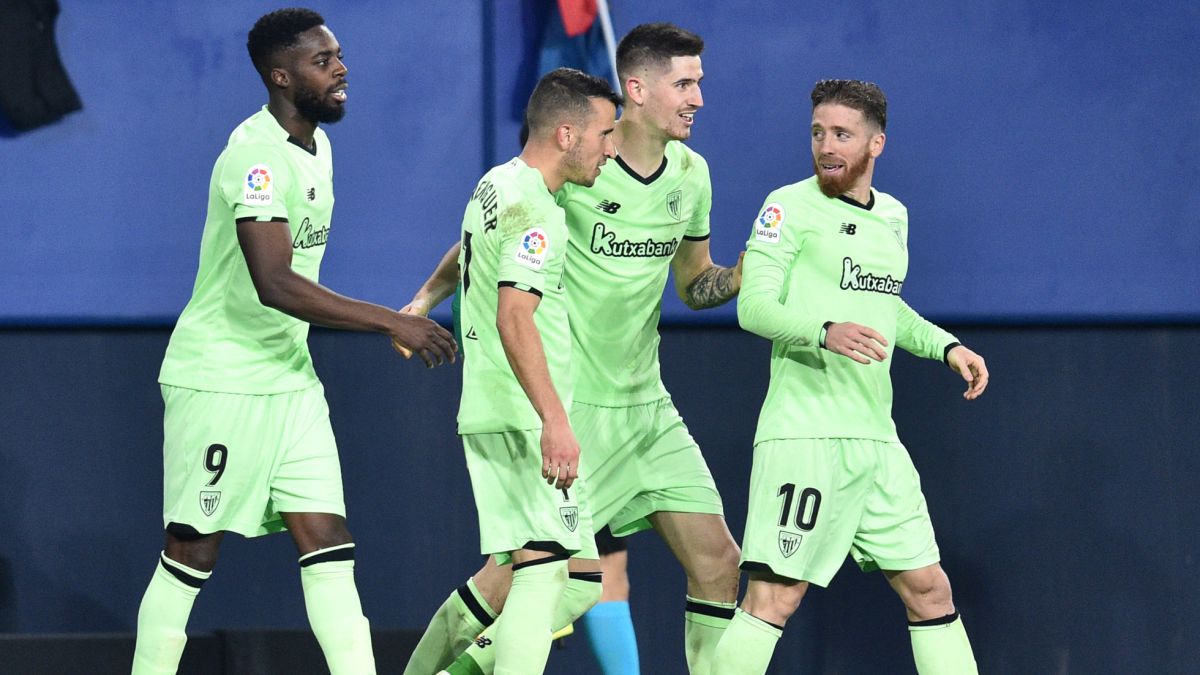 Sancet took off his ties and showed the kind of footballer he is. Two days in advance a wizard king was planted in El Sadar, let’s say there are already four: Melchor, Gaspar, Baltasar and Sancet, touched by a sorcerer’s wand in his old home. They say that he is a bit crazy, that he should focus, but the class falls out of his pocket. A serious injury cut off his climb to glory. Now, completely recovered, he is taking steps to retire Raúl García, the biggest words in football. Oihan knew that he was going to play practically everything in Pamplona, ​​because, because of COVID, there was no record of more forwards than him and Williams, the starters. That made him act with enormous ease, in his most talkative and stellar version.

In 13 days he has filled his car with four goals, one against Madrid and the hat-trick against the rojillos (he touched a couple more), without any nostalgia for his past in Tajonar. In the Pamplona neighborhood of Mendillorri they will look at him badly. Three goals like suns showing his huge arrival in the area traced the initial goal from Kike García. A thrashing that opens the curtain of 2022 with optimism in the rojiblancas ranks and delves into Navarrese concern. Sancet came home for Christmas and was the fourth wizard king. Now it has to be more constant. The Navarrese defense was more like Santa Claus because of the amount of gifts. And it is already known that four can more than one in the war for the Christmas illusion. Great game four thousand of the lions, with an admirable ability to generate danger. Europe is possible.

Going to a game without coaches is like reciting a lesson without the presence of the teacher. Without Arrasate or Marcelino mentoring Osasuna and Athletic in the band due to confinement, everything seemed to express itself without tactical shackles at the start of a fast-paced match. Fictitious, because the incidence of the absent technicians was noted in the scheme. Osasuna, harassed from the beginning by the nine games without winning, came out with three centrals and it was his downfall. Because that before two forwards as mobile as Sancet and Williams, who are like those children surrounded by toys that do not stop for a second, dislodged García, Unai and David, and Cruz. They were a torment and their connection with a very incisive and aggressive Berenguer in disputes, a form of behavior acquired in his time at Calcio.

Sancet began to sharpen the dagger very early, with a heads-up against Herrera in which he had a lot of time to think about when he doubted the goal at the start., but eventually he hunted her down when she tried to haggle him. Osasuna did very well in the 1-0: three crosses without a mark, from Torró on a diagonal to Vidal, and from him to Moncayola, who first put her into the area, where the aerial ‘striker’ Kike García scored his classic goal. house brand. The rojillos created difficulties with three on the inside against the Dani García-Vencedor duo.

Herrera, who goes to commission with the cardiologists, almost bundles it in a filigree before Muniain. Later Sancet took the baton, in a counterattack of those with the seal of Marcelino, in which Berenguer was very much to blame for the origin of his back and the opening to the outside. Williams crossed and headed Pearl Oihan. Athletic was liked from there, with a lot of activity and a lot of players interacting through the ball. Osasuna suffered without the ball, accumulated people behind that did not hinder the visitor’s flow. Sancet continued to chair behind a De Marcos center with the interior.

At the edge of the break Vidal had the option to tie, but the ball, which slipped into Simón’s net, hit the spur of an opportune Balenziaga. The Bilbao team started the second half without so much vertigo, with the aim of taking the pulse to a more controlled phase, with long attacks and the intention of moving the rivals from one side to another, trying to find the advantages in the last zone of the country. A play by Berenguer enabled Muniain, but his shot was denied by Herrera. Arrasate tried to change the panorama with the changes, but not for those. Sancet put the lace after assistance from Berenguer. The Navarrese were the worst wedge in Osasunista wood. And on 8 he had another left-handed in 80 that went close to the post. Williams was able to make it 1-4, but the goal was disallowed for a very fair offside.

For the end the Chimy show was left, absolutely revolutionized and losing the roles. First, he narrowly sent Nico Williams to the hospital in an unpresentable action for someone who has suffered two serious injuries and then got into a badass fight with Iñigo Martínez. Result: two yellow cards and the dressing room in two minutes. Before he had made a juicy play with a send to the crossbar. The warrior and his people gave in to a wizard king.