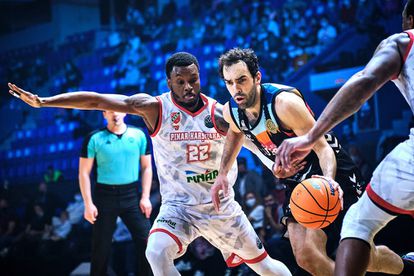 Hereda San Pablo Burgos were proclaimed European champions after beating Pinar Karsiyaka 59-64 in the Champions League final and revalidated the title after their first win in October. Burgos continues its magnificent career since it was promoted to the ACB League four seasons ago. In the last seven months, the team coached by Joan Peñarroya has twice lifted the FIBA ​​title of European champion and the Intercontinental Cup. The final in Nizhny Novgorod (Russia) was very close. Vítor Benite, with 15 points, and Alex Renfroe, with 14, made the difference.

The final was low scoring, with a lot of defensive pressure from both teams. Burgos began to take advantage at the end of the third quarter. A triple by Cook opened that small income, in addition to the good defenses of Burgos (39-46). Al Pinar’s triples seemed to be a key moment but there was a reaction from Burgos with Benite, Renfroe, Kravic and Rivero (54-59).

However, two lost balls by the team led by Joan Peñarroya caused the score to tighten again to the maximum two minutes to go. The best men of Karsikaya failed in those moments before the effective defense of Burgos: Morgan and M’Baye failed their triples and Henry confirmed a night to forget. A Renfroe basket and a thousand-handed defense brought the title back to Burgos, with the option of also defending the Intercontinental, although before they allow themselves to dream of the Endesa League ‘playoffs’, another historic step for the club.

Burgos captain, Brazilian Benite, was voted the best player in the final phase. In addition to his 15 points, 2 rebounds and 2 assists in the final, he stood out with 24 points in the first game against Hapoel Holon of Israel.