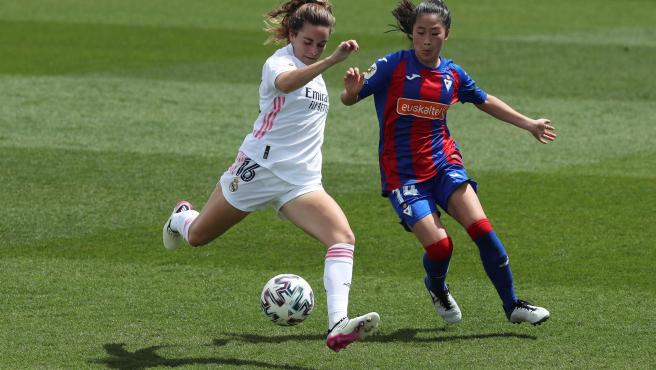 Spanish Radio Television (RTVE) has opened an internal investigation to clarify the origin of the “unforgivable sexist comments” that were heard last Sunday in the broadcast of the duel between Real Madrid and Eibar, corresponding to the First Women’s Division.

“Radio Televisión Española has opened an internal investigation to clarify the origin of the iUnforgivable macho comments that could be heard by ambient sound during the tests of the LaLiga Primera División Femenina match between Real Madrid and Eibar last May 16. As it is a technical test, this sequence was not broadcast on any of RTVE’s channels or platforms, nor on Teledeporte that broadcast the game live, nor on + TDP, “RTVE said in a statement.

With the game stopped and the teams in the changing rooms, the following words from a conversation of undetermined origin slipped into the background on a fixed plane of the field: “They didn’t have to play more than ever. They had to ban it. These women who want equality.”

As detailed by RTVE, the rights it held over this party “are non-exclusive”, so RTVE must “deliver the party’s signal to the RFEF for possible distribution to third parties both nationally and internationally.”

“The Equality Observatory has acted ex officio and has initiated a file so that the appropriate measures are taken in the event that these macho comments could come from an RTVE worker, “the entity concluded.