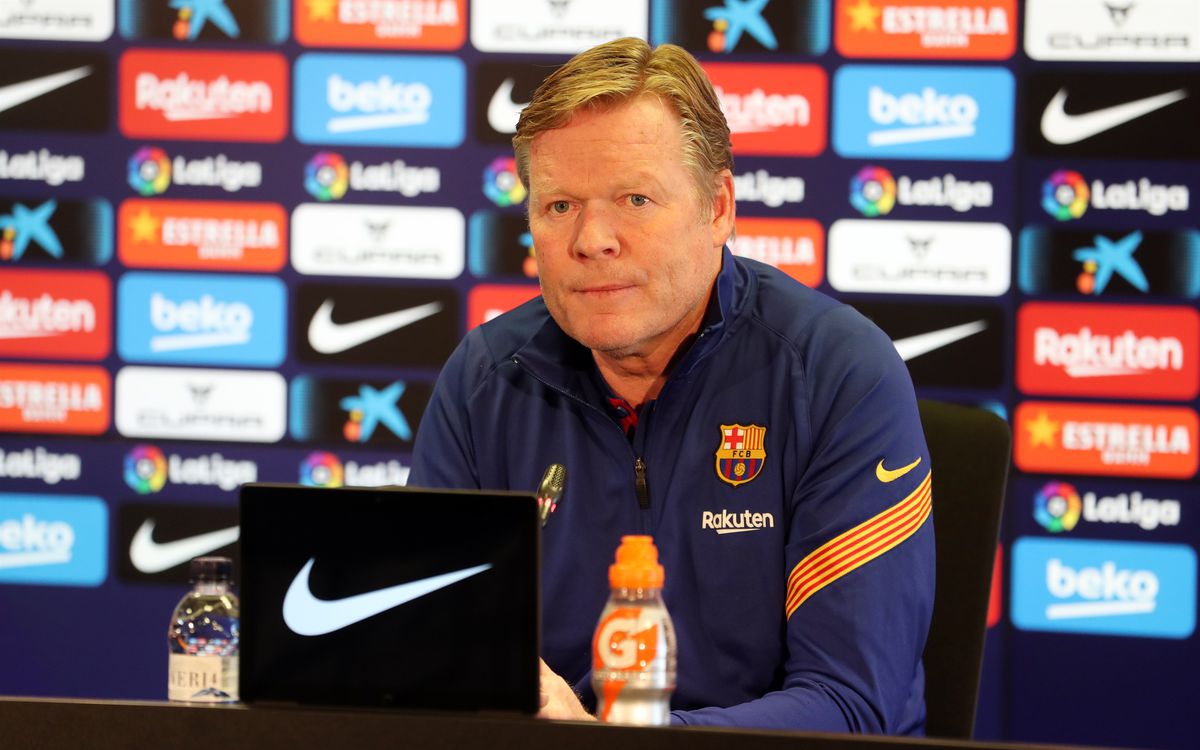 After falling to Granada at the Camp Nou and losing the opportunity to depend on himself to sing the alirón at the end of the course, Barcelona has no other option but to give an account of Atlético and wait for Madrid to click on one of their encounters. It’s all or nothing, red or black. Although Koeman is not so blunt. “I don’t think the result will be decisive because there will be three more games to go. It is important, of course, but not decisive ”, he pointed out; “Although I still think that if we win the remaining four games, we will be champions.”

Barcelona receives Atlético (this Saturday at 4.15pm, in Movistar LaLiga) and Koeman already has the recipe to face the challenge. “The team is mentally good, strong, and the key will be to be good with the ball, especially in the last part of the field to create opportunities and be effective. We also have to be very aggressive off the ball, ”agreed Koeman. But it is also clear that they cannot give up their DNA. “We are two very good teams and our styles are different. But there is more than one way to win titles and it comes down to being true to ourselves. We are not going to change and neither are they, ”he argued. And he added: “Each one with his own style has to make the most of his qualities as a player and as a team. Where there is space you have to take advantage of it … Although at Atlético they will be very close together, they will not give us space between the lines … That is why we have to be very good with the ball ”.

Expelled during the match against Granada for telling the referee “What a character”, Barça turned to the Appeals Committee so that he could sit on the bench in the Valencia field. The appeal was dismissed, but the Barça club, which understands the sanction as excessive and disproportionate, raised the complaint to the TAD (Administrative Court of Sports). A measure that added the precautionary measure for the coach until it was resolved, which would allow him to be in the technical area of ​​the Camp Nou against Atlético. “It’s important that I’m on the pitch, I’m a coach and that’s where I like to be. But it went well in Valencia and you don’t have to go crazy either ”, he explained. Although he soon revealed his disagreement with the decision and disgust with the criteria. “I don’t know if the committees meet because it should be before Saturday … I don’t understand how it can’t be confirmed yet,” he started; “But what I do believe is that there is something personal. Saying what a character is not insulting or a reason to sanction a person for two games. Yes, I think there is something else ”, he settled.