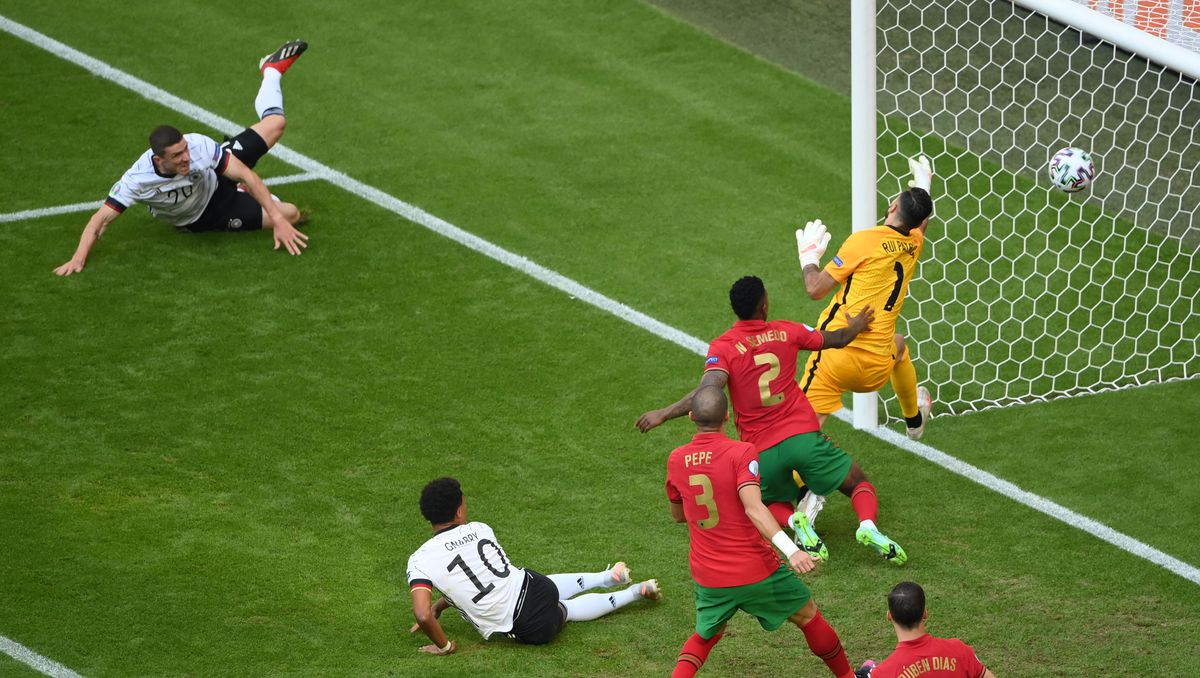 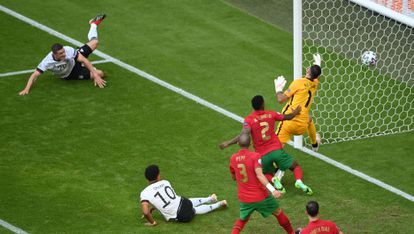 When Germany lifted the 2014 World Cup, Höwedes, a converted central defender, was on the left side. In 2008, when the Mannschaft He reached the final of the Euro against Spain, playing Lahm, also strange in the position, even though his versatility made him perform anywhere. A gap in the position – not historical because Brehme, Hans-Peter Briegel and Breitner claim their share of prominence – that Joachim Löw has finally managed to ooze in this Euro with Robin Gosens (Emmerich am Rhein, 26 years old). The Atalanta player also turned out to be capital to knock down Portugal (2-4) with two assists and one goal. “Shall I take the trophy?” He asked after being named MVP, not used to fanfare and flashes. “As a person it is the same as his style of football, as he always takes a clear position and does not mince words,” Löw admits.

Jaded and bored by confinement during the coronavirus pandemic, Gosens decided to write a book (Dreaming is worth it) to tell his story, his ensemble in professional football. Especially because no matter how fanatic he was – a passion he discovered as a child when his uncle took him to the field of Schalke, his favorite team – he did not consider reaching the elite until in 2012 a Vitesse scout claimed him for the subsidiary after see him in a game he played with a hangover. “Now alcohol and fast food are taboo,” he reviews, amused. But at that time his life passed between books, the gas station where he worked at 8.5 euros per hour and the ball, always in secondary teams (Fortuna Elten, Bolchot and Rhede). And that before Dortmund called him to do a test that he did not pass. “A fiasco. I couldn’t keep up, I lacked the necessary basic skills, ”he recalls. In Holland it did work. “A stroke of luck”, he relates; “Because the basics there is the technique, the first touch… And I had never trained it. There are definitely many more talented than me, but the mentality cannot be overlooked ”.

Although he did not reach the first team of Vitesse, he surrendered in the transfer to Dordrecth (2014-15), in Second, so Heracles, already in the Eredivisie, signed him. “Inside, inside, it was difficult for him and he was not a starter. But as a lane he broke it ”, recalls Gonzalo García Recoba, who went through several Dutch and Spanish teams (Alcorcón, Palencia, Compostela…), also a Twente coach two years ago. “His mentality was spectacular, an incredible physical strength that made him raise and lower the band until the grass burned. A good left-hander and very professional because she got angry even in training when things didn’t work out for her ”, Gonzalo García adds. But they turned out wonderfully, to the point that in 2017 he was signed by Atalanta for a million.

With Gasperini as a coach and comfortable with 3-5-2 because he plays the lane, Gosens has uncorked his best version. “The coach has managed to bring out qualities that were dormant within me,” admits Gosens, who ends his contract in 2023 and whom Atalanta has valued at 50 million, knowing that there are several suitors. Among them was Barça because Koeman followed him for the national team orange —He has dual citizenship because his mother is Dutch — although Löw convinced him. “He is a very good player and the sports area likes him, but it is not an option because we do not plan to make an economic investment in that position,” they point out from the Barça club. “I tell the Atalanta fans that we will see you soon …”, agrees Gosens, somewhat disgusted with the football business, although he admits that he wants to play in the Bundesliga.

“It is all very superficial and little emphasis is placed on the people behind the footballer. Players are objects… I don’t hate the football business, I just don’t understand it and I try to accept it ”, resolves Gosens, who is therefore doing a degree in sports psychology to help players. “It seems that we cannot have problems,” he says. He no longer thinks about being a policeman – an obsession that took him at the age of seven, when his grandfather put him into a police car – but about continuing with the ball between his feet, taking on Hungary (21.00, Four) and reach the eighth.