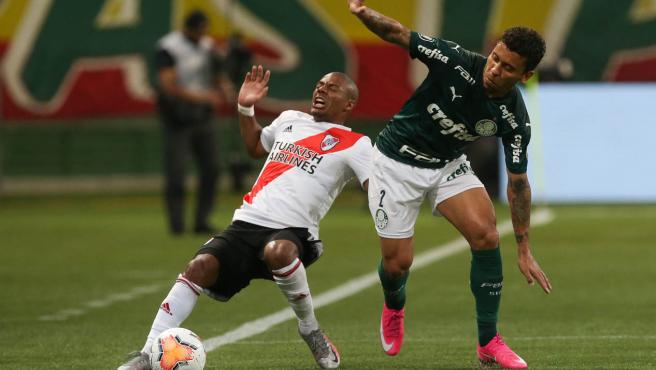 The River plate Argentine has reported a total of 25 positive cases of coronavirus in its workforce, a situation that is “discouraging”, especially after confirming that “it was not enough to design specific processes and expand care to avoid a spiral of infections of this nature.”

“It is discouraging to confirm that it was not enough to design specific processes and expand care to avoid a spiral of infections of this nature. Since he returned to training, River Plate stopped concentrating on the Monumental to do so in hotels where each person had an individual room, bubbles were set up, hygiene measures and the use of chinstraps were reinforced, the modality of transfers was modified on the ground and in the air, and players and coaches were tested hundreds of times, with complex PCR and antigen tests to reinforce controls. These tests were done even more times than required, aware that it was a fundamental mechanism to avoid massive infections, “the club explained in a statement.

Despite all these precautions, the Argentine club has not been able to prevent an outbreak of this magnitude. “In this difficult context and in line with the behavior sustained throughout this pandemic, Club Atlético River Plate’s main concern is centered on the health and well-being of its players, coaching staff and respective families.“, he indicated.