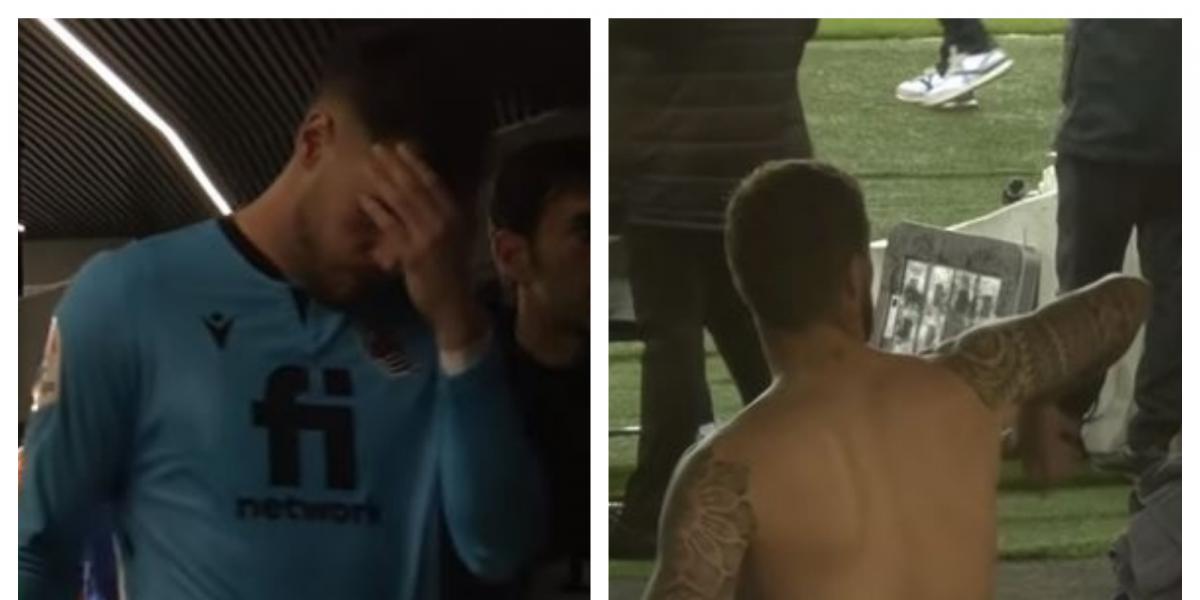 The ‘Tunnel cam’ or ‘camera installed in the changing room tunnel’ makes its own account of the derby. Through the images of before, during and after, he tells it in his own way, showing the reactions of the footballers and their interactions. Many details call the attention of the video edited by the Royal Society, but the most eloquent, perhaps, are the gestures of desolation and grief of a Remiro torn apart after his mistake, aware that he had been responsible for two points flying and 37,000 people going home much sadder. Cascante’s, crestfallen, touches his forehead as if asking himself: ‘What done?’


Another of the stellar moments stars it Iñigo Martinez after his expulsion. The center-back, already stripped of his equipment and only dressed in a towel, tries to explain to the Real’s press officer how the play that cost him the red card was. Raise your elbow and extend your arm to show how the incident was with Isak that left his team with one less.

Curious was also the reaction of Marcelino before entering the field. Crossed with Mikel Oyarzabal, and, when checking that the cameras are focusing on him, he turns around and greets the captain of the Real, injured and dressed for the street.

The ’10’ had the opportunity to encourage his teammates and chat with Aritz aduriz and Xabi Prieto, LaLiga Ambassadors, also present in the tunnel to greet their own, strangers, footballers and legends, such as Jose Angel Iribar, which also swarmed there. Monreal made pineapple with his and another for the moment disabled to play as Illarra He did the same, in addition to sharing a moment with the star guest before the crash, Gorka Arbizu, former member of Berri Txarrak, a reference group of the mutrikuarra.

Petxarroman embraced local employees and managers, Aihen he changed the shirt with his countryman Raul Garcia, Sancet chatted with Turrientes, Navarrese, Pacheco and Barrenetxea, colleagues in the U21 team and Merino and Januzaj they brooded their discomfort in English after the first half.