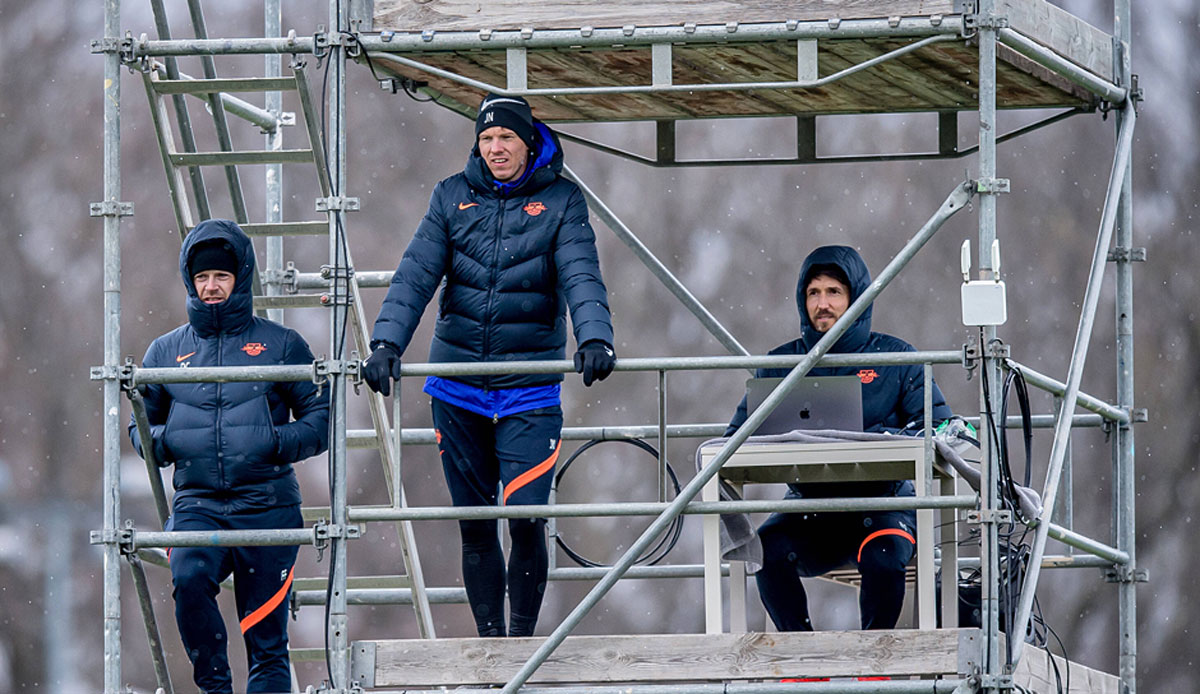 Data analysis in football is increasing – to the delight of Julian Nagelsmann. The coach from RB Leipzig, who will take over FC Bayern from July 1st, does not define himself as a pure “laptop coach”, as he did at an online seminar run by the Munich data service provider Kinexon clarified.

“I’m not just a laptop coach. I also use my pen,” said Nagelsmann during his almost 15-minute performance.

For him, data is “only an aid”, his own feelings and communication with the players are paramount in his opinion. “It’s more important to work with people than with laptops,” said the 33-year-old.

Nevertheless, he would welcome one or the other new technology – above all to help his players advance tactically. What is a winning moment? What is a losing moment? What is counterpressing? What is a counter attack? It would be important that the system learns such things and that we can improve the players accordingly so that they know what they are doing in some situations and in some Positions to do, “said Nagelsmann.