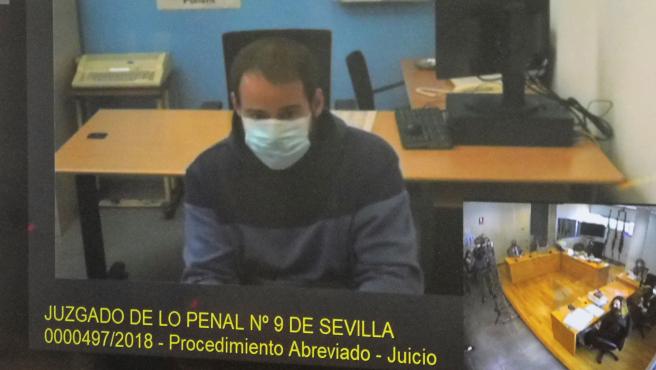 Rapper Paul Hasel explained to a Seville judge that the tweets in which he wished that the plane of the Real Betis “crashed” for his support of the Ukrainian forward Roman zozulya, whom he has branded as “Nazi”, they were only intended to “report crimes” in that player’s country.

The Criminal Court number 9 of Seville has left this Monday seen for sentence the trial against Hasel, for whom Betis has finalized its request for two and a half years in prison and a fine of 5,400 euros for a hate crime, as well as other fines of 6,000 and 1,200 euros for insults and coercion, respectively.

The Prosecutor’s Office has requested the acquittal of Rivadulla, the musician’s real surname, understanding that tweets are “rude” but not a crime, as reported by judicial sources to Efe.

These messages were published in February 2017 as a result of Betis’ support for Zozulya after his loan to the Vallecano Ray, frustrated by the protests of the fans of the latter team, who accused him of being a Nazi.

Hasél wrote “to the Betis squad that defends the Nazi, if it weren’t for the fact that pilots and stewardesses would also die, I wish their plane crashed” or “Trash of Betis players talking about lynching against the Nazi player; Lynching is what the Nazis do. “

When Betis announced that it would sue him, he tweeted that “in a truly democratic state, the complaint would be against Betis for defending a Nazi” and added “the victims of the Ukrainian Nazis cannot sue because they are already dead; go ahead, You won’t get anything from me, I don’t have a euro. “

Rivadulla has testified by videoconference from the Ponent prison (Lleida), where he has been admitted since mid-February to serve a nine-month sentence for exaltation of terrorism and insults to the Crown.

“There is countless evidence that Zozulya is a known Nazi who was giving explicit support to Ukrainian militias that bombed and murdered children,” the defendant said during the trial, in which he only responded to his lawyer.

“I only wanted to denounce this context of crimes in Ukraine and the accomplices of that Nazism,” added Hasél, who in relation to the Betis complaint recalled that before his tweets there had already been “numerous complaints against the player and the clubs that hired him.”

The Betis lawyer has regretted that the rapper “has managed to associate Betis with the defense of Nazism” and has considered that “this cannot pass as a simple rude or distasteful comment” because “he has tried to defame a group”.