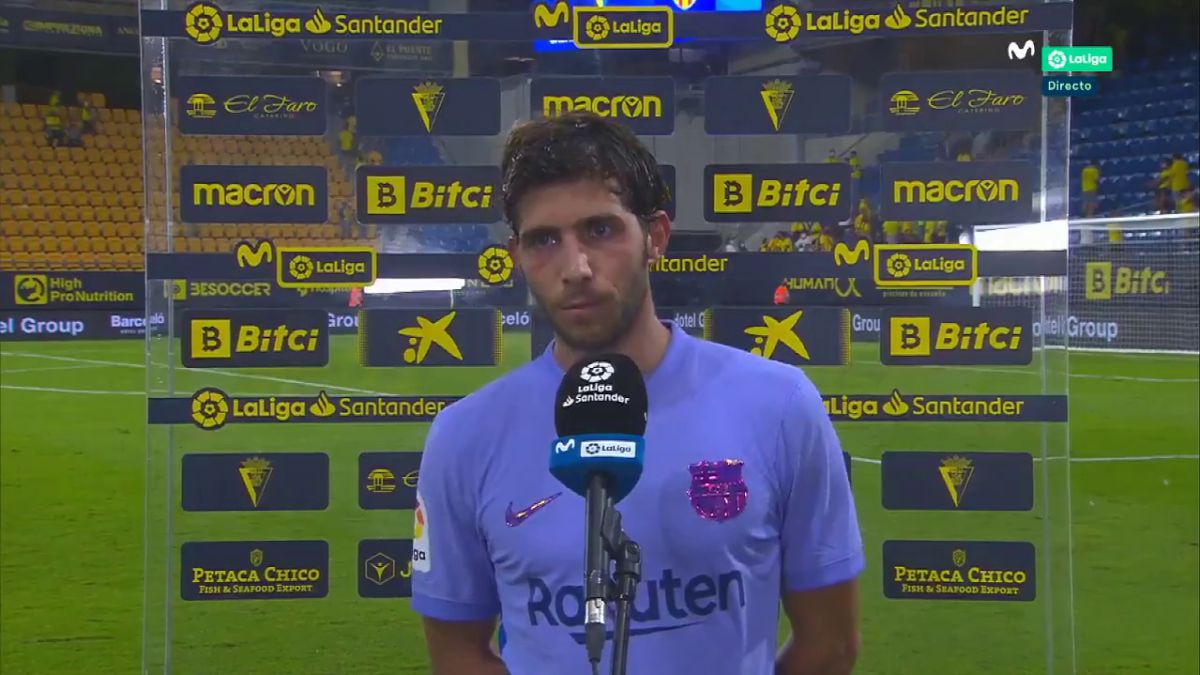 Sergi Roberto slapped Ronald Koeman on the ears at the end of the match against Cádiz. On the microphones of Movistar LaLiga, and questions from Ricardo Rosety, one of the Barça captains spoiled the previous day’s statement in which he said that it would be a success to be in a high position in LaLiga.

Unfortunately, we have been left with a few less. I have not seen the replay but it did not seem to me to be ejected from Frenkie. We have had some clear occasion, but they have also had it.

It is interpreted that we have to put the batteries and start winning. We come from not good results. We have to squeeze everyone, in all positions of the team. We have to start winning now because if we get off the hook it is already difficult. We are on a bad streak but I think we will move on and better terms will come.

Koeman said on Wednesday that the objective is to be among the first, but not to win LaLiga …

Here you have to win LaLiga. It is not worth it for me to enter the top four. We are Barça and this is no excuse. We have to do our best and we have a squad to fight LaLiga.

And how are you after the Camp Nou whistles?

I am happy with myself. It’s what counts. Give one hundred percent in training and in games. You have to be more united than ever. But this team will succeed.