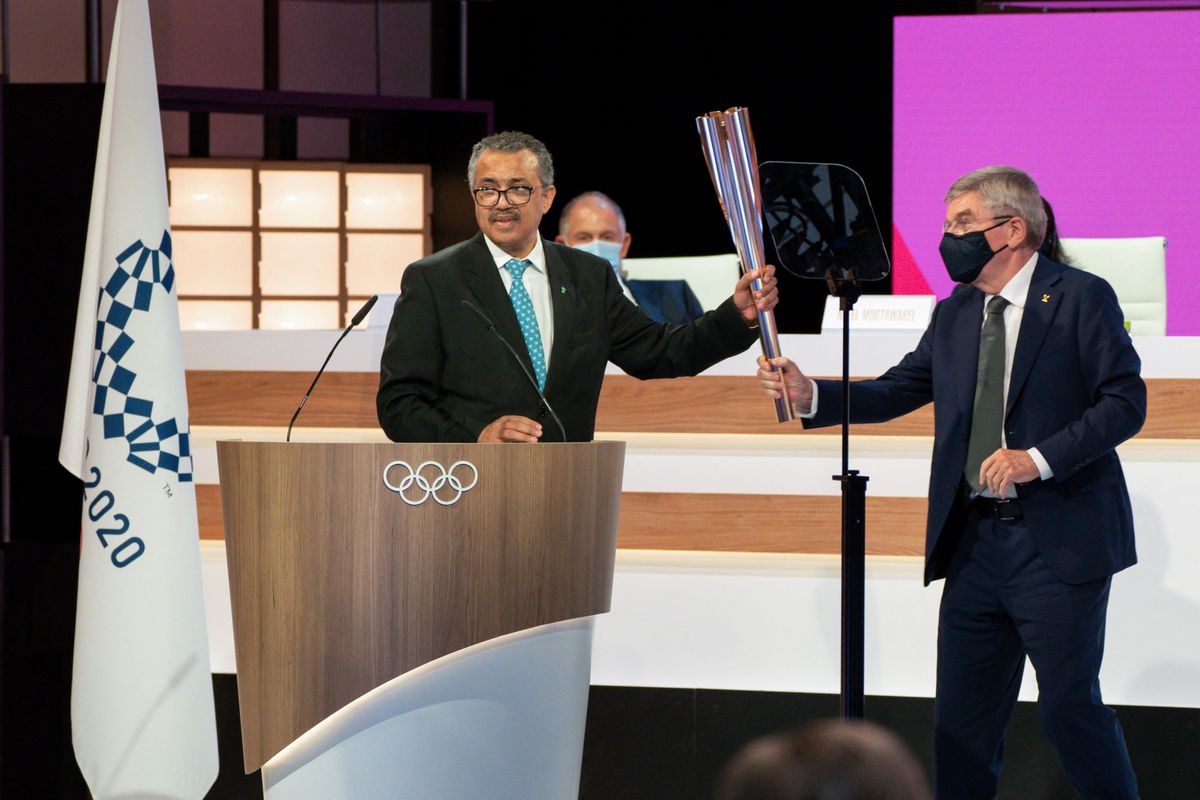 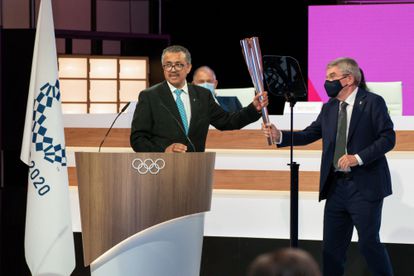 “Tokyo 2020 will not be a competition against each other as in the usual Olympic Games, but those of all united against the virus,” warns the director general of the World Health Organization, Tedros Adhanom Ghebreyesus, who is addressing the 38th Session of the International Olympic Committee (IOC) held in Tokyo, to, among other things, elect the Australian Brisbane to host the 2032 Games (2024, Paris; 2028, Los Angeles). “It will be the Games of the pandemic,” he warns. IOC President Thomas Bach joined the call.

Fear spreads through the Olympic Village, also doubts about how it can affect a positive. In the case of a covid contagion in an individual modality, the athlete in question will be unsubscribed and will appear in the list of results as DNS (Did Not Start; Did not start) instead of as DSQ (disqualified). The variables are numerous, depending on the type of discipline. In a contact sport, for example, the infected athlete would be left out and his opponent would advance to the next round. In athletics, if an athlete advances to the next round but then tests positive, before running, they would yield their place to the highest ranked in the previous round. Furthermore, according to the IOC, each national federation is in charge of reallocating places within its group if this is possible. In the case of team sports, if a team cannot play a final because they cannot have the necessary participants, they will be replaced by another – presumably their last rival.

The empty stadiums, without an audience for the first time in Olympic history, converted into gigantic television sets, will not be the only symptom of the new reality, nor will it be an official opening ceremony, this Friday (12.00 CET) in which he does not want his name to appear Toyota, one of the main Olympic sponsors, and in which the representation of the different countries will be very small.

Ghebreyesus’s statement, and his reminder that in the 17 days (from July 23 to August 8) in which the flame remains burning in the Olympic Stadium, more than 100,000 people will die in the world from covid-19 no were but the official proclamation of a reality that is palpable as soon as you step on the carpets of Tokyo airports, which every day unload thousands of accredited for the Games that, despite arriving armed with negative test certificates, control apps, geolocation and Contacts and signed statements of being healthy are immediately subjected to a salivary test.

“And every day, all athletes undergo a saliva test,” explains Cesáreo Rodríguez, doctor for the Spanish cycling team, who is staying (Alejandro Valverde and company) at a hotel in Shizuoka, at the foot of Mount Fuji , 100 kilometers from Tokyo. “And I, as CLO[covidliaisonofficer)mustentertheirdatainawebplatformwheretheyarecentralizedWhoevertestspositiveisimmediatelyisolatedandtransferredtoahealthcenterwhereaPCRisperformedwiththesamesalivaIfhetestspositiveagainandhassymptomsyouremainhospitalizedandifheisasymptomatichemustbeisolatedfor14daysinahotelreservedforcovidquarantinesIfthePCRisnegativeyoucanreturntonormallife”[oficialdeenlacecovid)debointroducirsusdatosenunaplataformawebdondesecentralizanQuiendapositivoesaisladoinmediatamenteytrasladadoauncentrosanitariodondeconlamismasalivaselehaceunaPCRSivuelveadarpositivoytienesíntomaspermaneceshospitalizadoysiesasintomáticodebeaislarse14díasenunhotelreservadoparalascuarentenasdecovidSilaPCRdanegativopuedevolveralavidanormal”

Each person accredited in the Games must install two applications on their phones and have the location and the trace activated. One is the OCHA, where the temperature and the possible appearance of symptoms are reported daily, and the other is the COCOA, which detects contacts with infected people.

The total count of the number of infected among the Olympic family amounted to 79 this Wednesday among the more than 20,000 tests (PCR and antigens) carried out. “The registered cases are more or less as expected,” Brian McCloskey, the English doctor responsible for the independent committee to control the pandemic at the Games, said at a press conference. “And more than the number, the important thing is the speed with which the contacts are tracked and located.”

Athletes, however, are more concerned with the fear of testing positive one day than with the tension itself due to the proximity of a competition for which they have been preparing for five years, including the 12 months delay.

Candy Jacobs, a Dutch sportswoman, skateboard specialist (skateboard, sport that makes its debut at the Games), Fernanda Aguirre, Chilean taekwondo fighter, Czech table tennis player Pavel Sivucek and North American beach volleyball specialist Taylor Crabbs, will be the first athletes to resign from the Games once established in the Tokyo Olympic Village when their tests were positive. “I’m broken, but I have to follow the rules,” said Jacobs, who will have to follow a 10-day quarantine. “At least, as we have followed all the rules of mask, distance and hand washing, I have not infected any of my colleagues.”

Two players from the South African soccer team, Thabiso Monyane and Kamohelo Mahlatsi, were the first athletes to test positive while residing in the Olympic Village. After 10 days of quarantine and if they do not test positive again, they can play again. Both had as contacts the 21 remaining footballers, quickly identified and controlled. They will make their debut on Thursday the 22nd with the host team, Japan, in Tokyo. “The contacts indicated by the application are subjected to PCR,” explains the Spanish cycling doctor. “If they test negative they are not isolated, but in order to compete they must test negative in a new PCR carried out less than six hours before starting their competition.