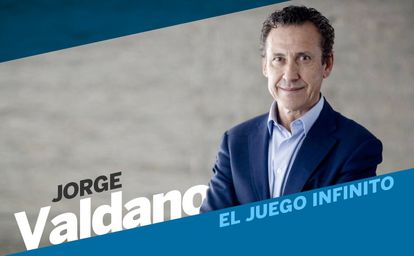 Glory awaits City and Chelsea. Two fortunes face to face, two great teams of author, two coaches who play a game for you by moving the glasses at a table, than drawing on the blackboard the plays that they imagine. Strategists who admire each other and who know the chess part of the game perfectly. It would be exciting to know how far these monsters of pure reason have carried the analysis in the last three weeks. They studied even the smallest detail so as not to be surprised and, surely, at some point the light was turned on and they discovered the small gap where they can, in turn, surprise. That game is already played and the two believe they have won it. But, from eight o’clock in the afternoon, the chips will begin to move, to improvise, to unbalance, to tire, to make mistakes, to be distracted. They will start to play. And football will go back to being football.

Glory to Atlético, glory to the champion, who knew how to suffer as his story likes, who knew how to survive as his coach likes, who knew how to win by contradicting Sabina’s anthem. Each club is accompanied by a culture and a prejudice. At Atlético it is that heavy definition of pupae that continues to run through the institution’s veins. For that reason, Atlético is a great one who does not quite believe it. In the celebration there was everything that fits in the explosions of joy: happiness and relief, but also a desire for revenge before fate. Yet they have a stellar squad, a devoted crowd, a spectacular stadium and ten years of success. I was left with the perception that, in my imagination, the League was won by Simeone before the club. As if only Cholo were capable of beating fatality. He changed history, but his great legacy will be to erase the old trauma.

Ramos, the owner of the National Team if we stick to the games played, is left without a European Championship. He does not go to the National Team because of the National Team. In the last call, he was imprudent to invite himself, when the reasonable thing would have been to take advantage of those days to recover from his injury. He added games that served to attack the record that haunts him, but as his muscles were not prepared, he suffered a new injury that now prevents him from attending the European Championship, depriving Spain of his talent and personality. So far the logical version, too sober for the emotional territory of football, which prefers to turn each decision into an evil plot of the enemies of our shield. These conspiracy theories are proof that our point of view is a mixture of what we see, what we feel, and what we imagine. An untrustworthy point of view.

In Villarreal-Manchester football returned to vote against the Super League. The old habit of the unpredictable kept the neutrals with their mouths open in front of the television, watching as the representative team of a city of 50,000 inhabitants challenged, until they surrendered, a multinational soccer company. Villarreal is a case of business success that knew how to live with the ups and downs of football and that knew how to understand that the product is not called marketing, but football. It has an exemplary quarry, a record respecting a style, and grows, neither more nor less, than to the extent of its possibilities. He took advantage of the emotional force of football to turn Villarreal into a social axis of the city and the province and, since yesterday, a source of pride for the whole of Spain. At Villarreal-Manchester football was unpredictable again. Or not. There is nothing more predictable than being rewarded for things well done.