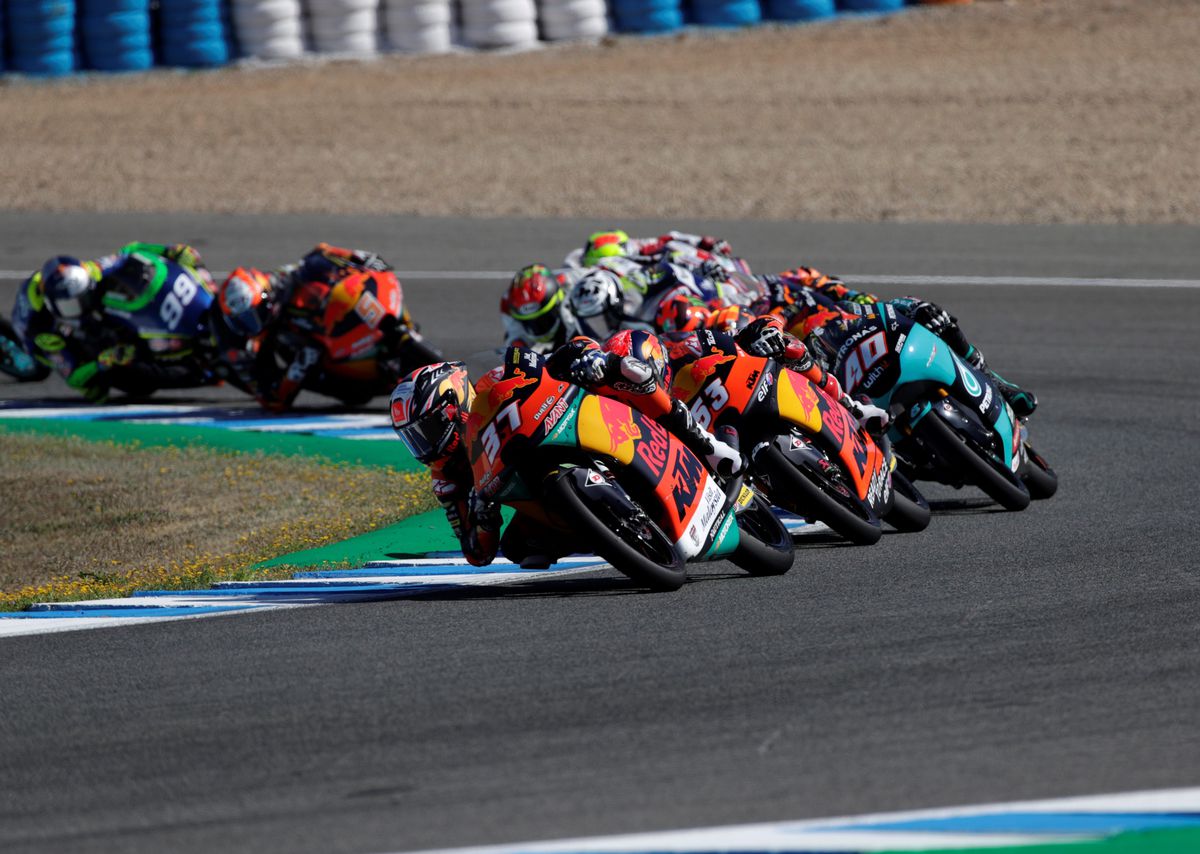 His self-confidence has an explanation. Also his arrogance. Talent and gushing youth define Pedro Acosta. Scrawny, menacing about his little KTM. She is from Mazarrón (Murcia), she is 16 years old and has been flirting with history books for a month. This Sunday in Jerez he finished the job: he won the Moto3 race, without hesitation. Again. Without doubts or misunderstandings. With errors that he recovered without disheveled, such as when a scare made him momentarily lose control of the race two laps from the end. With that wild ride that accompanies the light motorcycle category, full of talented kids.

None like Costa, with a peculiar, aggressive and determined style, elbows spread in a guerrilla attitude, quick gestures to lift the bike and exit the curves. No qualms about putting the curve through the smallest gap, as when, on the last lap and in the same curve, the legendary Dry Sack overtook his two rivals for the win: Deniz Öncü and his teammate, Jaume Masià , which would end up on the ground a few seconds later after a multiple crash in which the Turk also dragged Binder. Desperation to see how Acosta escaped. There is no one like him. The statistics say so.

With this triumph, the Spaniard becomes the youngest rider to achieve three consecutive victories, the only one in the history of the motorcycling world championship to have four podium finishes in his first four grands prix after finishing second in his first Moto3 race. It is debutant, but it does not look like it. It is not indicated by his words, nor by his gestures, nor by his piloting. He is the leader of the World Championship since the second race of the year and already takes 51 points from the second, Antonelli.

He did not mind starting from the 13th position as he had not minded in Doha being punished for an infraction by starting from the pit lane. He won at Losail as he won again this Sunday at Jerez. When asked a day before about the strategy to follow, he snapped: “In Jerez there are 13 corners, if I overtake a driver with a corner, I already have it.” And although it did not seem like it, when the race ended he assured that this had cost him more than the previous ones. “It’s always hard for me to get up to speed in Jerez. It was a tough race because others had a higher pace than others. But we are in the home grand prix and we had to try whatever it took to win ”.

Acosta did not know, nor did he want to know, what records or statistics he would break to win again. “I made the mistake in Qatar of reading more than necessary and I put a lot of pressure on myself,” he confessed. And he added: “The best thing has been to forget about everything and focus on working.”