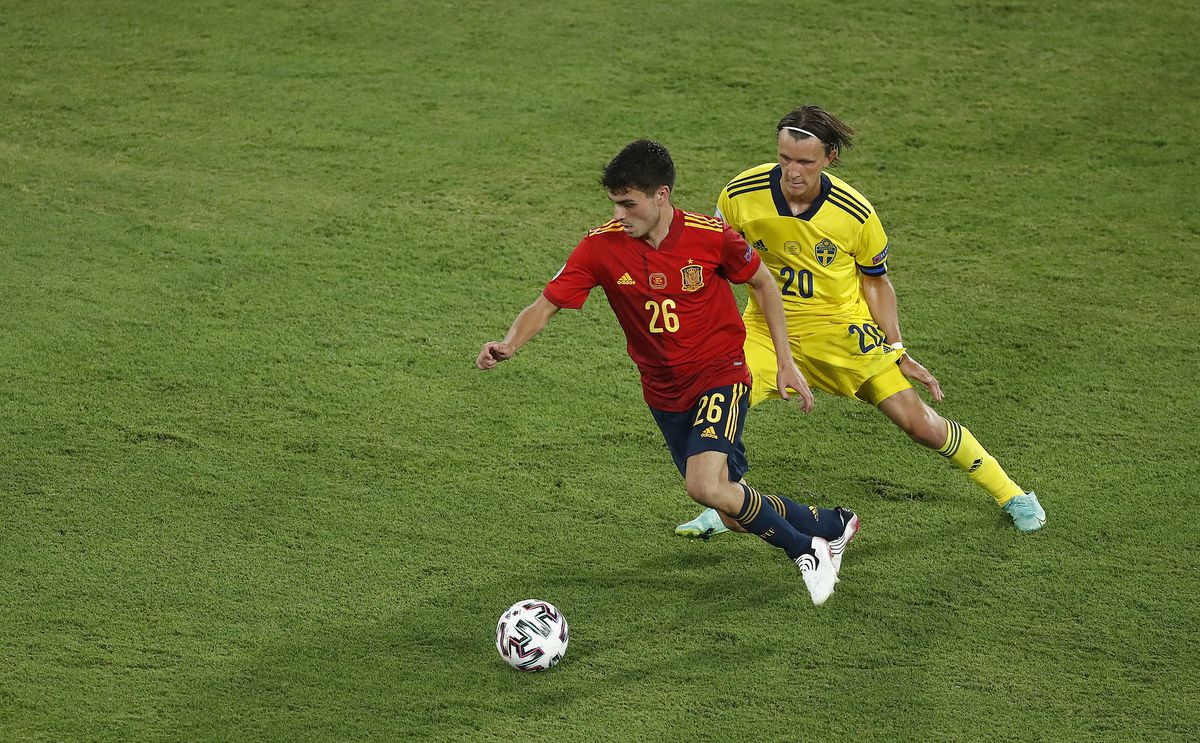 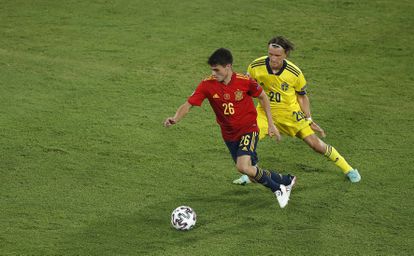 The almost 30 degrees that the thermometers in Seville marked at nine o’clock at night caused an annoying trail of sweat to slip from Pedri’s forehead. The flame, down in the grass, raised the thermal sensation of heat. The starting line-up of the Barça midfielder confirmed the bet that Luis Enrique already hinted at in the March call-up. At 18 years and 201 days, his tenure meant that he became the youngest Spanish player to play in a final phase of a great championship. Until yesterday, Miguel Tendillo, who played the final phase of the 1980 Eurocup with 19 years and 132 days, held that place in the history of La Roja. In this European Championship, Pedri was 207 days ahead of Englishman Jude Bellingham after his debut against Croatia on Sunday, aged 17 years and 349 days.

In a team that plays without a playmaker, the Canarian footballer is for Luis Enrique the closest thing to what he has in the list of 24 players. The Spanish coach sensed a locked rival and played it with the Barcelona midfielder to add another player to Koke with a good footing to dance ahead of Rodrigo.

Luis Enrique was not wrong when he thought that Sweden was going to risk little. In that landscape, Pedri had a lot of prominence at the start of the meeting. He threatened a wall and an uncheck and made a couple of orientation changes. Olsson left a message for him the first time Pedri received his back. As the minutes passed, Pedri’s discomfort with the fur that the game was taking on increased. The statistics came to register 88% of possession of the Red. A header from Dani Olmo that Olsen took with a good hand, another long shot from the Leipzig player and a wasted heads-up by Morata helped Sweden maintain their zero risk plan. In the first half, Spain also broke another record that referred to the 1980 Eurocup. The dominance of the Spanish ball meant 303 passes in the opposite field. Of them, 36 were from Pedri, who seemed to miss a greater irruption of Jordi Alba on his left.

Turning the game throughout the first half into a Spanish monologue, Pedri fell into the same routine of passes without depth in which the rest of the Spanish internationals were ending one by one. Luis Enrique, sitting on a refrigerator in the technical zone, demanded from his players a ball speed that did not arrive.

In the second act, Pedri also could not change the pasty football that had already definitively seized the entire Spanish team. And in these, the staff returned to take it with Morata. A bad shot and a lost ball unleashed another whistle for the Madrid striker after the one he lived at the Wanda Metropolitano. Luis Enrique looked down at the grass and shook his head to disapprove of the whistles towards his head forward. In the absence of a quarter of an hour, Morata was replaced and, again, the whistles emerged from the stands of La Cartuja. The coach was very concerned about high-fiving Morata, who was walking head down on his way to the bench. Luis Enrique has a task to try to recover a footballer who tends to collapse emotionally when he feels questioned.

A part of the fans blame Morata for the evil that persecutes this team. Once again, the lack of goal condemned the Red. Neither Gerard Moreno, in a header to a pass from Sarabia, could break the tie. Although the fans seemed to get more excited about the Villarreal forward. The goal debate has been reopened from the first day of competition for Spain.