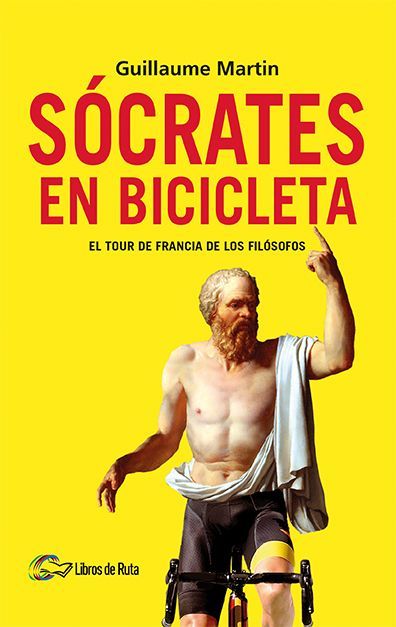 Sports practice has something of a connection. Also disconnection. It connects the practitioner with his body and, carried out with the appropriate intensity, disconnects him from the troubles of day to day. If it is an individual sport, it may even be possible to reach a pre-clear state of mind in which reality and its circumstances are perceived with a clarity that is close to the realm of ideas. When starting a downhill bike ride, for example. After the effort of the climb, with the wind in the face and the legs pedaling in favor of the work, it might seem that we think. That is, we exist.

Nietzsche said that “only the thoughts we have in motion are worth something.” The French cyclist Guillaume Martin proposes in Socrates on a bicycle (Road Books), an original and fun game that mixes philosophy with sport. Written from the knowledge of both disciplines — Martin has studies in philosophy — he proposes a Tour de France in which Aristotle, Pascal or Machiavelli compete. “Cyclosophers” is the term chosen for these characters who combine intellectual excellence and sport (one of the main criticisms of the book is directed towards the prejudice that separates both disciplines). Alternating between essays and fiction, Martin describes the day-to-day life of professional cyclists and raises a critérium of aces of thought that allows him to introduce high-altitude debates — grounded with the cyclist analogy.

It offers very interesting scenes. Like the dialectic between the leader of the Greek team — Socrates — and two of his gregarious — Aristotle and Plato. “Are you ever going to stop asking questions, Socrates? […]You see, it is always like this with you: when you “philosophize” you don’t try to be understood, quite the opposite! You philosophize and pedal like a sophist, in a vacuum! ”. Socrates, after listening to Plato that “pedaling is learning to die”, decides to leave the team. He knows that his gregarious are ready to take over. “Nothing is too difficult for the youth”, is his last message. And he rides his bicycle to never return. His disciples call out his name. Nobody answers. They already feel the weight of responsibility on their shoulders.